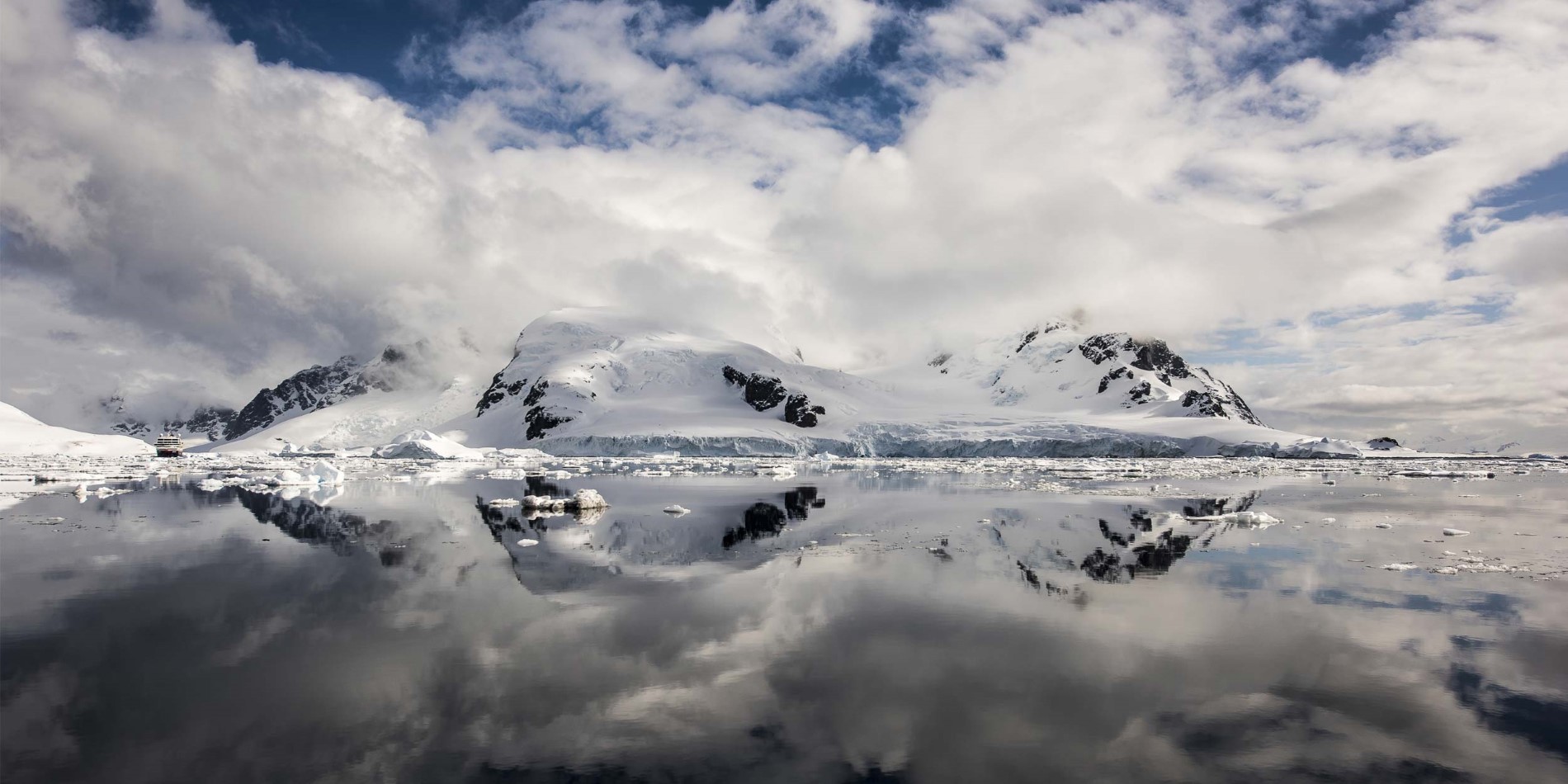 How Big is Antarctica?

Antarctica is one of the planet’s most remote destinations. With no permanent population and only scientists and tourists visiting there, you could be forgiven for assuming that it’s a petite enclave, akin to a small, deserted island.

However, Antarctica is gargantuan. This elusive continent is much larger than nearly any country in the world and could even accommodate the entire European continent, with room to spare. Much of Antarctica is covered in thick ice; it remains the most underexplored and mysterious of the seven continents.

There are a few ways to appreciate Antarctica’s magnitude.
The most common method is by measuring its land mass. The continent is currently 5.4 million square miles, with ice and rock making up the bulk of the landscape.

Antarctica grows each winter because sea ice forms around the landmass’s edges when the temperature drops. During the cold months, the continent can even double its mass, but each summer, as the ice melts away, Antarctica returns to its original size.

Antarctica is the fifth-largest continent, and bigger than most countries.

When it comes to size, Antarctica comes in fifth among the seven continents, handsomely beating both Europe and Australasia. However, its massive size is by no means reflected in its population. Antarctica has no permanent residents, accommodating only a relatively small community of 4,000 ever-changing scientists and researchers calling it home — and even then, only in the warmer summer months.

Antarctica is also larger than all European countries combined and can comfortably accommodate the entire country of Australia. In fact, the only country on earth with more surface area than Antarctica is Russia, which beats it by about a million square miles.

Antarctica is home to nearly all the world’s ice.

The vast ice sheet covering Antarctica is around 5.135 million square miles. This huge quantity of ice has been formed over many millions of years, as the region’s prolific snowfall becomes compacted over time. As much as 90 percent of the world’s ice is in Antarctica, with 95 percent of its vast landscape encased in ice sheets, many of which retain an incredible thickness of over a mile.

Any attempt to comprehend the size of Antarctica is impeded, given the more modest scale we’re typically familiar with. Wherever you live in the world, you’re unlikely to have come across the sheer vastness of the impressively massive Antarctica, and the information we provide above can only go so far to help put things into perspective.