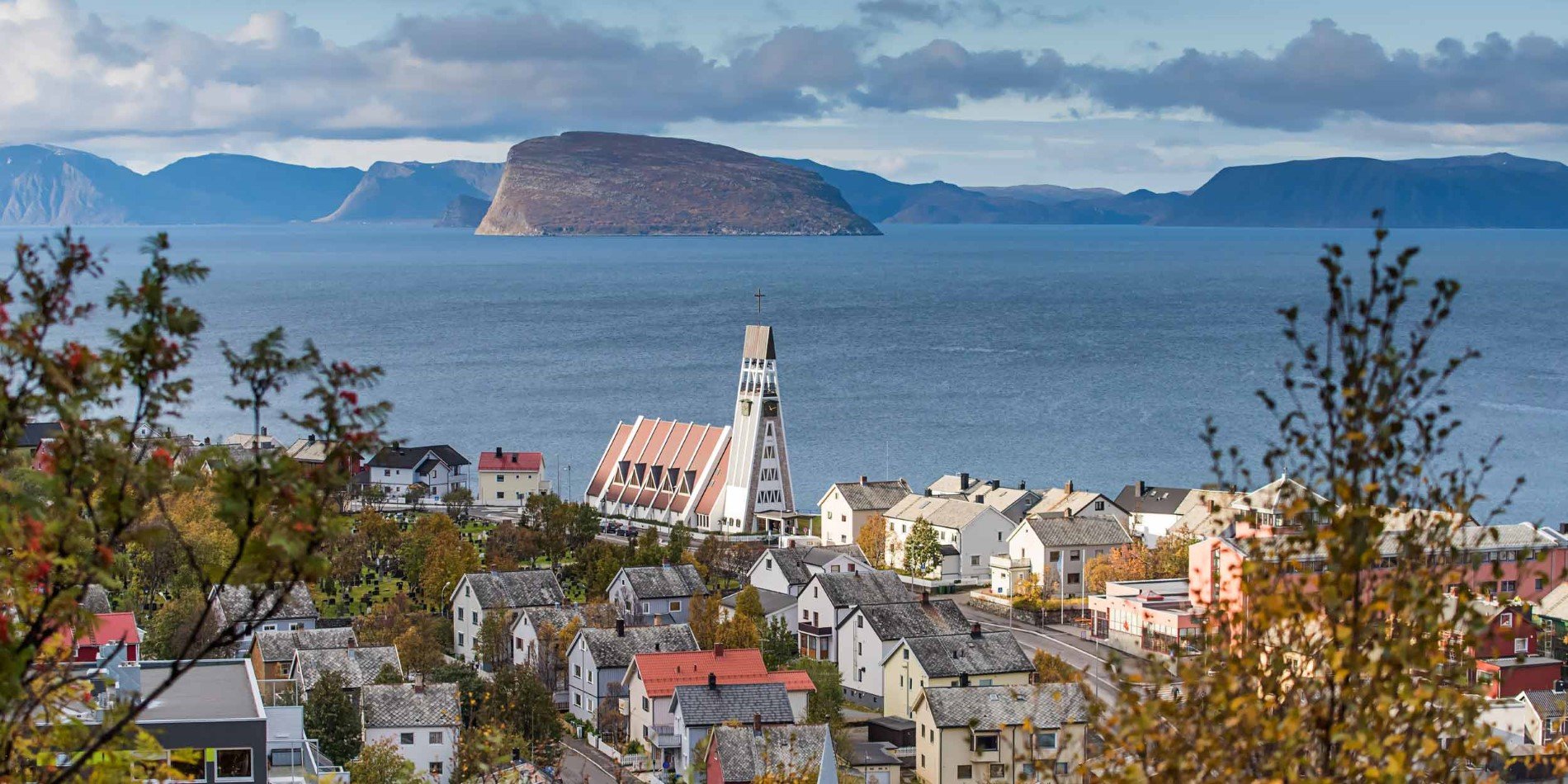 Get Acquainted with Hammerfest

Read on to learn more about some of the captivating history behind Hammerfest, as well as some of the must-see places in the area to explore

One of the more fascinating elements of embarking on a Norwegian coastal cruise is getting the opportunity to visit all the historic cities and ports along the way. If you're looking to find a charming town that's rich in cultural influence and significance, than look no further than Hammerfest. This municipality in Finnmark County has served as one of the most frequented ports dating back for centuries, and it has seen its share of incredibly historic moments that have helped shape this region into what it is today. It's also one of the possible stops you'll encounter during your Norweigan cruise, and there are a variety of attractions and landmarks to explore once you arrive there. Read on to learn more about some of the captivating history behind Hammerfest, as well as some of the must-see places in the area to explore:

Hammerfest is the oldest city in northern Norway, and while the municipality was officially established in 1789, the ports around the area have been utilized dating back to between 1250 and 1350. The name Hammerfest comes from the Norse name for "steep cliff face," which is a reference to all the large mountains that surround the region, such as Komagaksla and Seilandstuva. One of the reasons Hammerfest was such a popular porting stop for sailors was its position within the Northeast Passage, which was a popular shipping channel that European settlers could take to get to China or India.

After Hammerfest received its town charter in 1789, it became a premiere stop for commercial traders heading between northwest Russia and northern Norway. This ultimately led to its reputation as a highly popular fishing and hunting settlement, and because of its status as a primary trading location, many countries around the world would go on to stake claim within the region for controlling the exportation of various markets. An example of Hammerfest's appeal to other countries is apparent in the Napoleonic Wars. From 1803 to 1815, Norway was caught amidst the battles between France and other powerful European countries. The area was heavily attacked by Great Britain during this time, until 1815 ultimately led to the final defeat of Napoleon's army and the signing of the Second Treaty of Paris.

Throughout the 19th century, Hammerfest endured multiple natural disasters that almost left the entire area in ruins. In 1856, a severe hurricane hit the region, and funding for rebuilding the entire town had to come from a variety of cities willing to help, such as Copenhagen and Stockholm. Years later, in 1890, approximately two-thirds of Hammerfest was tarnished by a fire. However, this would ultimately serve as a blessing in disguise. While rebuilding took place after the fire was put out, Hammerfest went on to become the first town in all of northern Europe to have electric street lighting installed.

During the end of World War II, Hammerfest would once again endure another tragedy. The Germans ultimately took over the region during the early stages of the war, and the ports became primary U-boat bases for the Nazis. Because of its German occupation, Hammerfest was frequently bombed by Soviet Air Forces, and when Nazi forces eventually retreated from all of northern Norway, they burned Hammerfest as they did many other cities with their "scorched earth" strategy. Fortunately, the latter half of the 20th century proved to be a period of rebuilding in Hammerfest, and the commercial fishing and tourism industry has continued to strengthen decade after decade.

Getting the chance to soak in all the rich scenery in the area while docking on your Norwegian cruise is certainly breathtaking enough. If you do get the opportunity to stop in Hammerfest for a visit, there are several distinct landmarks and attractions you'll need to see in person. One of the more significant markers in Hammerfest is the Struve Geodetic Arc, an official UNESCO World Heritage site of Norway. This serves as a monument that demonstrates the triangulations stretching from Hammerfest to the Black Sea. Another great attraction to explore is the Museum of Reconstruction, which details all the times Hammerfest was faced with uncertainty after natural and manmade disasters, but was able to regroup and rebuild.

If you're trying to snap a picture of some superb Norwegian architecture, be sure to head over to the 1961 Church of Hammerfest. This building features gorgeous porcelain tile mosaics, and the chapel next door to it was one of the few buildings that was able to survive the bombings and fires of WWII. Finally, take a souvenir from the Royal and Ancient Polar Bear Club home with you, which is just about as authentic a Hammerfest token as you can find!