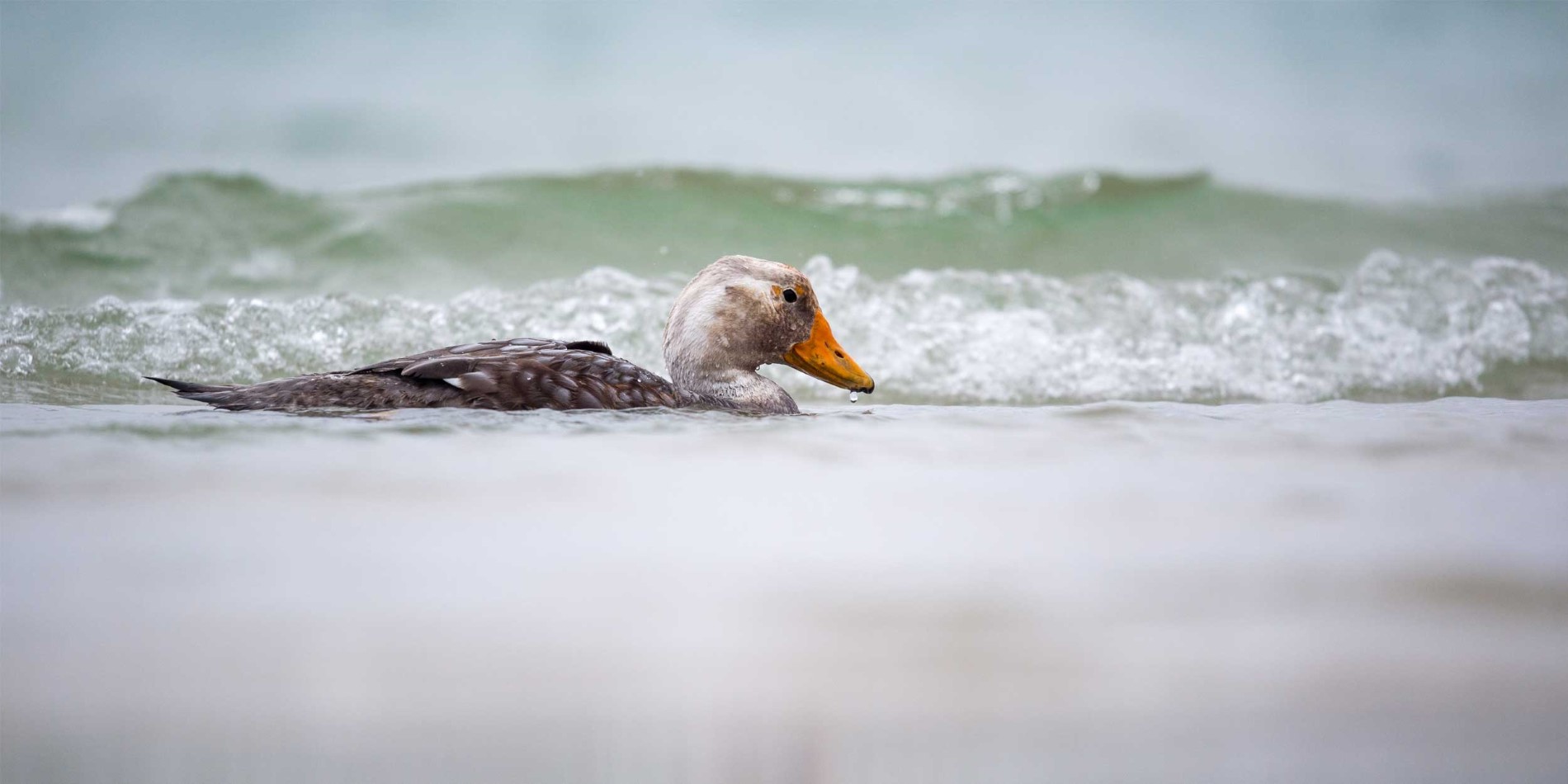 Penguins, seals, and whales are just some animals that can be found on the Falkland Islands. With 219 native animal species and 175 plants, every visit is a chance to encounter an animal you've never seen before. Keep reading to find out more about these amazing creatures and the best time to visit.

What is the most famous Falkland Islands animal?

The penguin, of course! The Falkland Islands boast not one, but five penguin species. With the islands' only native land mammal, the Falkland Island wolf, extinct, the Rockhopper, Magellanic, Gentoo, King, and Macaroni penguins have bred on the islands in relative safety. There are now around a million penguins living in the Falkland Islands. If you want to see the adorable babies of 500,000 parents, visit in December and January, which is the best time to see these fluffy penguin chicks.

More good news for penguin fans: the population of these birds on the islands is growing. King penguins were nearly extinct in 1870, but their numbers have since recovered. Rockhopper numbers are also improving again, after a dip in recent decades. Now’s a great time for a conservation-conscious tourist to visit.

What other birds live on the islands?

Birds are one of the largest groups of animals on the Falkland Islands. Over 220 species have been recorded over the years, making the islands a birdwatcher's paradise. Two of these species are unique to the islands. One is the Falkland steamer duck, a gray flightless bird with a distinctive white stripe behind the eye. The other is Cobb’s wren, a small brown bird. Also of note is the black-browed albatross, recognizable by its striking black eyebrows.

Many birds spend the entire year on the islands, but early April is the best time for bird watching, when birds start to migrate to warmer climates. That being said, with average annual temperatures of 42°F, those who don't like the cold may want to join them!

What other wildlife can I see on the Falkland Islands?

The waters around the Falkland Islands are full of marine animals, including some of the ocean’s most magnificent creatures — dolphins and whales. Perhaps the best known and most exciting is the majestic, black-and-white orca. Although they are on the endangered species list, a number of them can still be seen in the area. Most sightings are made near Sea Lion Island (where you can also see, you guessed it, sea lions) in the early months of the year. So, "Free Willy" fans should aim to visit the islands in January.

Joining the orcas, there are plenty of whales: sperm whales, humpback whales, and even the massive blue whale have all been spotted in the area. Let's not forget the seals and sea lions that can be seen by lucky passengers as they cruise around the islands.

Whatever month you choose to visit, you're bound to see some fantastic Falkland Islands animals, including penguins, dolphins, whales, seals, and birds. For fans of rare Antarctic animals, the islands are a must-visit destination.