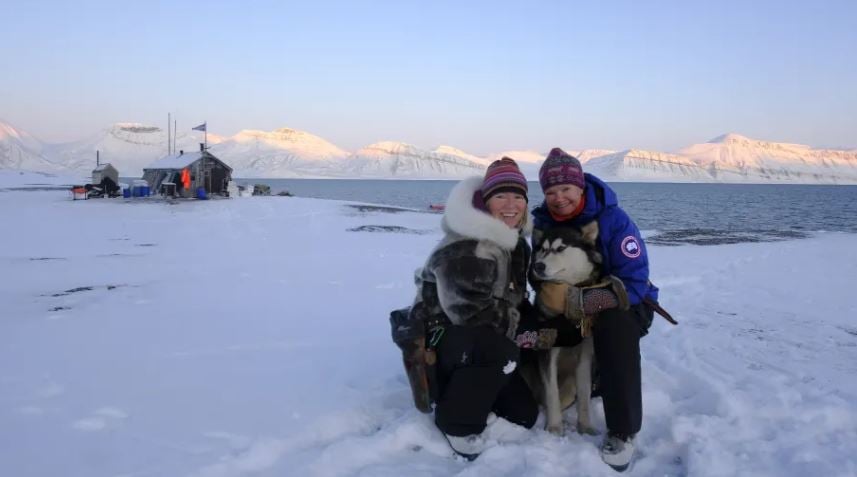 September 8, 2021 - The two explorers are dedicating their lives to inspire action and engage a global dialogue on climate change and made history as the first women team to overwinter in remote Arctic Svalbard.

Svalbard is also where Hurtigruten Expeditions founded expedition cruising in 1896 and will conduct its naming ceremony for the battery-hybrid powered MS Fridtjof Nansen on September 14th.

“It is an honor to serve as godmothers to one of the world's most advanced and environmentally friendly expedition cruise ships. Over decades of polar exploration, we have witnessed the significant changes and challenges our planet faces. Sponsoring MS Fridtjof Nansen gives us a strengthened platform from where we can increase global awareness and dialogue around climate change – and inspire active engagement and create more ambassadors for our natural world,” stated Strøm and Sørby.

EXPLORE MORE: About the world's northernmost naming ceremony and the 1896 birth of expedition cruising

Exploring 250 destinations across the globe, Hurtigruten Expeditions is today the world’s largest and leading expedition cruise line. Their newest battery-hybrid powered expedition cruise ship is named after one of the greatest polar heroes and humanitarians of all times, Nobel peace prize winner Fridtjof Nansen (1861-1930).

“As Nansen himself, Hilde and Sunniva are true pioneers. Their dedication and enthusiasm for our planet is not only inspiring, and an extremely valuable contribution for change. They are true role models, and amazing ambassadors for our shared values”, said Hurtigruten Group CEO Daniel Skjeldam. 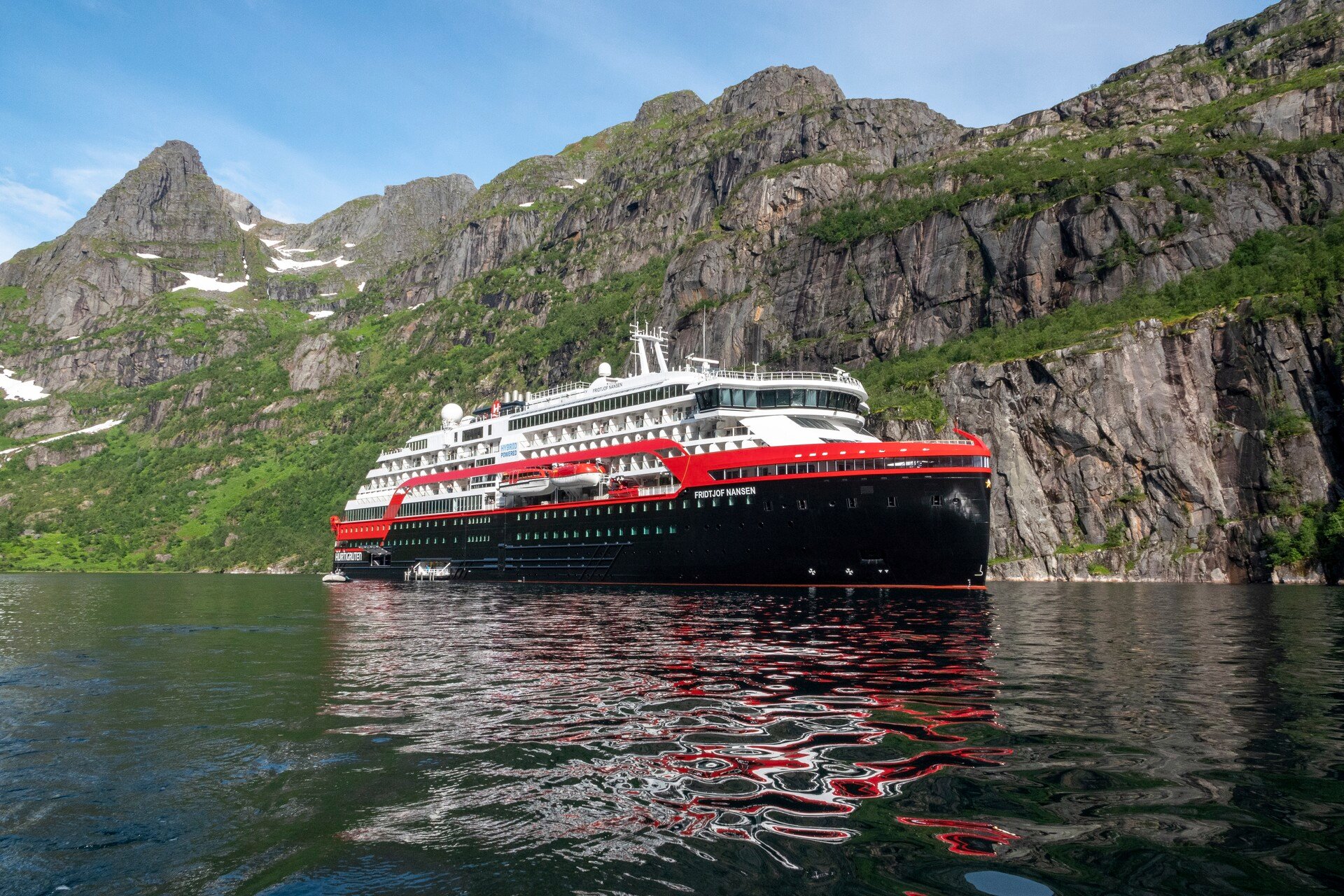 In 2019 – 2020, Hilde Fålun Strøm and Sunniva Sorby made history being the first women to overwinter solo on Svalbard – spending a total of 19 months at the remote trapper’s cabin of Bamsebu, located at 78°N; 140 km from the nearest settlement.

With no running water and relying solely on wind and the sun for power – and Polar Bears as neighbors – their Hearts in the Ice project sought a deeper understanding of climate change and how we all can play a participatory role. They were able to connect with 100.000 youth globally through satellite video calls related to climate change.

“Our aim has been to bridge science and citizen science, and to connect these spheres with NGOs, governments, students and the corporate world. People need information and inspiration. We spent time in the polar winter nights to shed light on some critically important questions such as: How do we, as a world community, best gather the strength of experts, citizen scientists, industries and other stakeholders, to solve the challenges we face together. It is important to both reach adult people who can make a difference today and to educate and inspire the next generation. By partnering with Hurtigruten Expeditions, we support their efforts in utilizing sustainable tourism as a tool for change,” said Strøm and Sørby.

Hurtigruten Group is entering into a long-term partnership with Sørby and Strøm’s organization Hearts in the Ice.

“Hilde and Sunniva’s relationship with and passion for Svalbard and the Arctic run as deep as ours. It‘s only natural that we combine forces and work together to ensure our expeditions stay the most responsible, educational, and sustainable in the adventure travel industry as we vigorously grow and expand as a global company,” said Hurtigruten Group CEO Daniel Skjeldam.

The naming of MS Fridtjof Nansen is set to take place in Longyearbyen, Svalbard, September 14th, and will be live streamed in Hurtigruten’s digital channels. 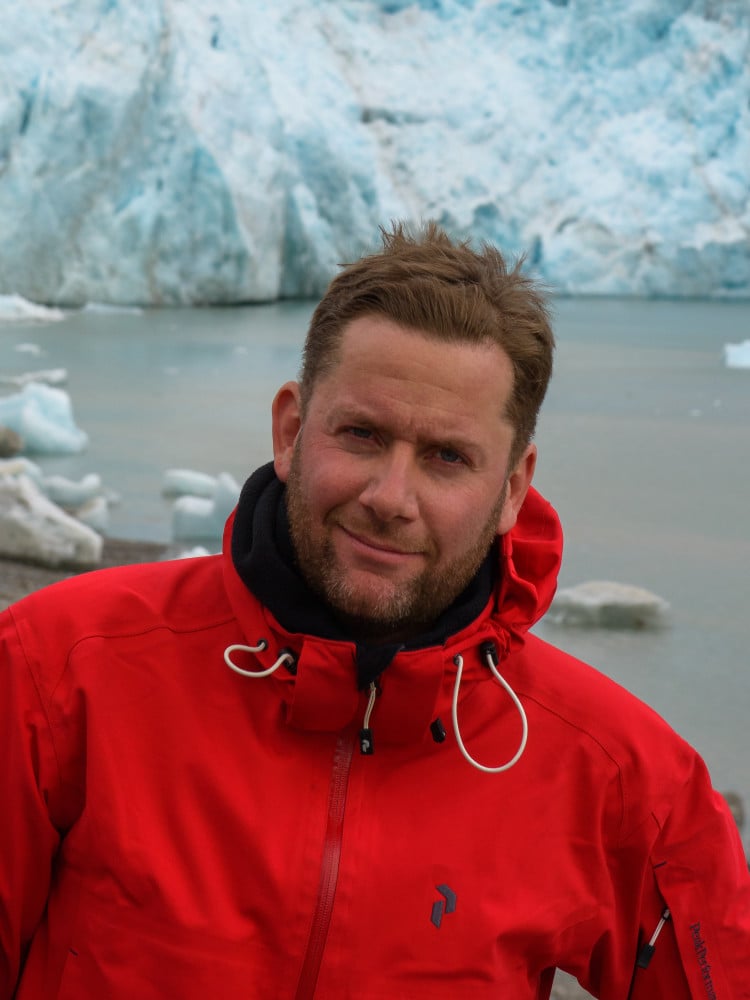 Building on more than 125 years of experience dating back to 1896, Hurtigruten Expeditions offers big adventures on small ships, taking guests to over 250 spectacular destinations in more than 30 countries worldwide.

Hurtigruten Expeditions is part of Hurtigruten Group, the world leader in exploration travel, which also operates Hurtigruten Norwegian Coastal Express, known as ‘the most beautiful voyage in the world’ and extensive land-based activities – including hotels, restaurants and more – through Hurtigruten Svalbard.