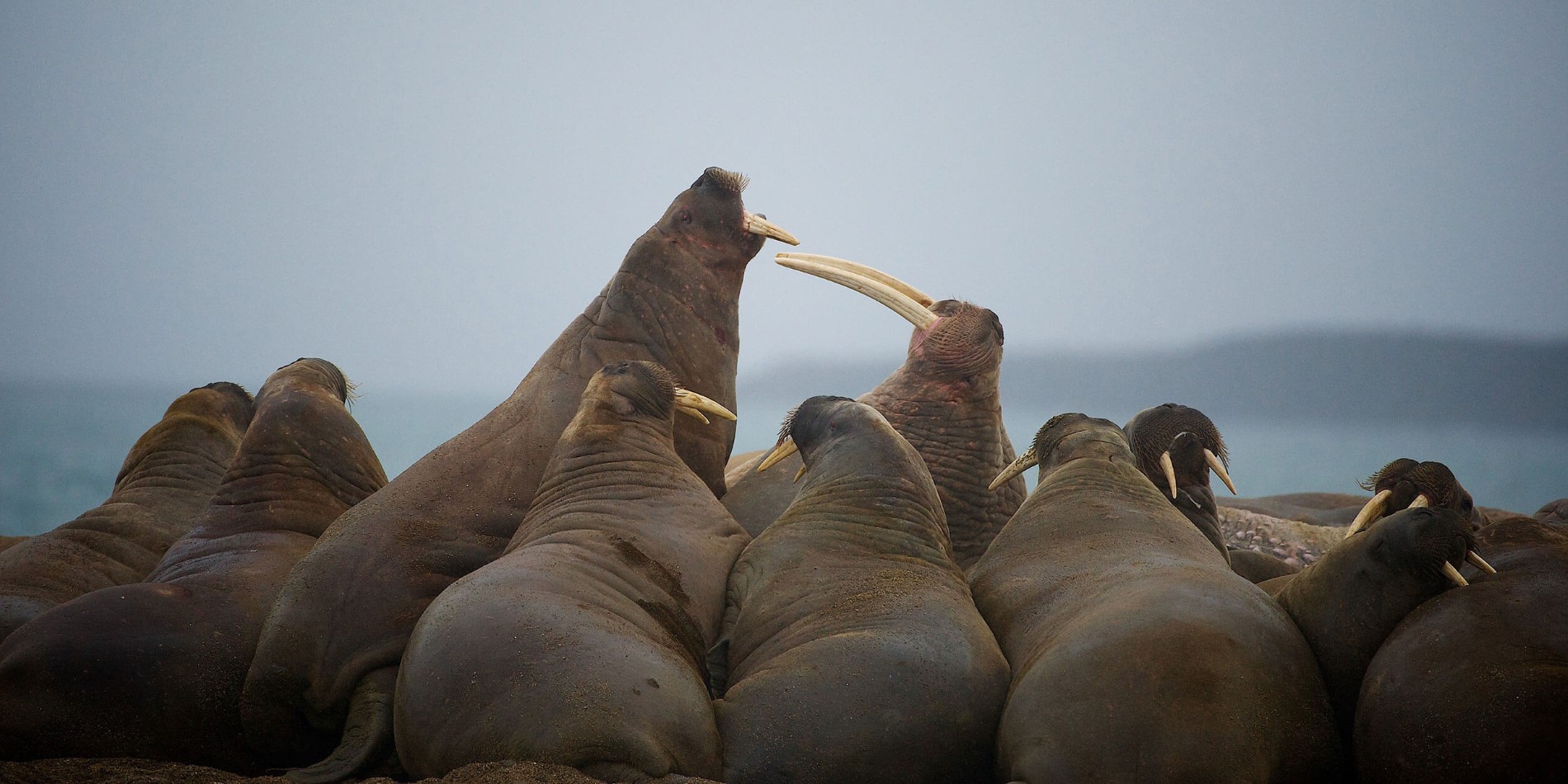 Demanding, resistant and in an abundance. The opportunity to experience the Arctic wilderness on the Norwegian archipelago of Svalbard will be one to remember.

See our expedition cruises to Svalbard

Welcome to wildlife heaven! The remote yet accessible islands of Svalbard are like no where else on Earth - halfway between Norway and the North Pole, and teeming with wildlife that have adpated to endure the exteme conditions, particularly the snow-laden, dark winters. Polar bears and walrus are just some of the species you may lay your eyes upon during an expedition with Hurtigruten.

Will we see polar bears?

Touted the King of the Arctic and rightly so. Within the Svalbard Archipelago there are about 3,000 polar bears – more than there are humans living there and probably one of the largest concentrations on Earth. Polar bears are solitude animals with no set colony or living area. They roam wherever they can expect to find food and only the pregnant females use denning areas during winter and only when they are expecting offspring.

During an expedition, we wait patiently with baited breath and all eyes scouting through binoculars. A sense of anticipation lingers in the air as we cruise the high Arctic. Our chances of spotting the polar bear increase when the marine mammal is close to or even in water. When there’s drift ice, there’s a chance the polar bear uses this as a platform into the sea. In very rare occasions dead whales or walrus drift ashore to Svalbard’s beaches. These tend to attract all kinds of wildlife – including polar bears.

While there are no guarantees of spotting polar bears, we act as polar opportunists - our expeditions are dictated by the elements, we scurry to make landings in prime locations, and we strive to offer up-close encounters with wildlife. With our ‘polar bear radars’ turned on, it’s likely our heightened senses are more alert to observe other wildlife such as birds and other marine mammals.

What about the walrus?

Since the protection of walrus in 1952 the Svalbard population has grown from being decimated down to only a few animals, to a strong population with several haul outs scattered around the whole archipelago.

Spotting these dumpy mammals is best from the vessel when they are hauled out on ice flows or from shore, close to well-established haul outs. With an understanding of the walrus feeding method, it is possible to identify where possible haul outs may be. Walrus are shallow divers that feed on benthic fauna which hides in sediments on the bottom. To find these shellfish and molluscs they use their hyper-sensitive whiskers to locate then suck the food into their mouth using pressure.

Ideal habitats for walrus range from gently sloping beaches to larger shallow areas. Landing close to colonies here is an experience for all senses (in particular smell) though small boat operations are ruled by ice and weather conditions. Like all expeditions to remote destinations, there is no guarantee of observing walrus but we often see walrus on a cruise in Spitsbergen.