Antarctica, the most remote destination on Earth, is unlike any place you've ever been. From the fascinating landscapes to the friendly wildlife, a visit to this region will leave you in awe. Here's all you need to know before traveling to the Great White Continent.

No matter where you’ve been or what you’ve seen on previous travels, the frozen continent of Antarctica is different from any other destination on the planet. Here, in the midst of the great Southern Ocean, you will find nature at its most magnificent.

Roughly twice the size of Australia, the southernmost continent is the fifth largest, with 5.5 million square miles of land mass. Most of this—98%, to be precise—is covered in ice. As a result, there are neither permanent residents nor native inhabitants in Antarctica. However, around 4,000 people stay on scientific bases in the short summer period, and 1,000 stay during the winter months. Additionally, around 30,000 tourists visit from December to March, the austral summer.

Antarctica is home to millions of penguins, and is the feeding ground for thousands of whales. It is a continent dedicated to science and peace, and is protected by the Antarctic Treaty of 1959 which claims, among other things:

Antarctica is, in all aspects, isolated from the outside world. Travelers will quickly understand what this means when they experience “the windiest, coldest, driest, and highest continent."

“The person who is able to express the feeling of being in Antarctica in words has probably not been there.” ~ Anonymous

The coldest place on Earth, Antarctica supports no terrestrial mammals—there are no trees or shrubs, and only two species of flowering plants: Antarctic hair grass and Antarctic pearlwort. The sea is what supports most creatures, such as penguins, seals, and whales.

On the Antarctic Peninsula, a destination that is only reached after two days of sailing from the tip of South America, the temperature averages between 32 and 41º Fahrenheit during the summer. You can also expect periods of high winds this time of year; the katabatic winds travel down the glaciers and ice-shelves, and often occur when you least expect it.

One of the driest places on Earth, Antarctica does not see a lot of rain; in fact, more rain falls every year on average in the Sahara Desert than on the icy, wild-blown continent of Antarctica. What little snow does fall, doesn’t thaw in the freezing temperatures and is often blown away by strong winds, creating ice sheets and ice shelves.

Why Cruise to Antarctica with Hurtigruten?

Sailing in the pristine surroundings of Antarctica naturally comes with a huge responsibility, and Hurtigruten is committed to the highest standards of environmentally friendly operations. Our activities and reputation rest on our long tradition and experience when it comes to exploring polar waters.

2. Choose Your Own Adventure

With Hurtigruten you can choose among a variety of itineraries—visiting not just Antarctica, but Patagonia, the Chilean fjords, Argentina, and Uruguay—aboard an array of ships, including MS Midnatsol, MS Fram, or the newest of our fleet, MS Roald Amundsen and MS Fridtjof Nansen.

Each Hurtigruten expedition cruise is unique and our schedule is dictated by the elements. Although landing sites are always carefully planned in advance, our itineraries are only indicative of your voyage.

In Antarctica, there is a rich variety of mammals. You will see thousands of penguins eagerly nesting and feeding during the short summer months, and you'll count an abundance of seabirds soaring—even the mighty albatross, the king of the sky.

During the austral summer, Antarctica's shores are a feeding ground for thousands of whales—humpback, minke, and orca are frequently spotted. You'll also see leopard, crabeater, and fur seals patrolling the shorelines.

How to Get to Antarctica—And When to Go

The most common way to get to Antarctica is by cruise, often starting in Ushuaia, Argentina, the southernmost city in the world. Many cruises to the Antarctic Peninsula also include stops in the Falkland Islands or South Georgia.

Cruising season begins when it's possible to navigate through the ice, just before the Antarctic summer; the first sailings happen late October, while the last expedition usually takes place in March.

How to Choose the Best Antarctica Cruise

When you think of a cruise to Antarctica, what do you picture? Perhaps pure wilderness, spectacular landscapes, a sense of adventure, and an intense allure of the unknown that has drawn explorers here for nearly 200 years. But how do you choose the best Antarctic cruise experience for you? Read more

Given its isolation, the Antarctic region is probably the most pristine natural environment on the planet. For visitors, this fact comes with a set of obligations—take nothing but pictures, leave nothing but footprints.

Even so, guests are welcome to go ashore on dedicated landing sites in Antarctica. While the Antarctic Treaty and IAATO prohibit more than 100 people to be ashore simultaneously, visitors are welcome on land; all guests will be given instructions on how to behave when on shore in Antarctica, and how to properly clean their gear before setting foot on the continent.

Top 7 Reasons to Travel to Antarctica with Hurtigruten

1. World Leader in Polar Cruises
With 125 years of experience sailing in polar waters, our captains and crew have deep knowledge of navigating the waters of Antarctica.

3. Your Base Camp at Sea
Our expedition vessels are specifically designed to navigate in polar waters, and will serve as your base camp at sea for your adventure in Antarctica.

4. More Options to Explore
From kayaking among icebergs to photographing astounding concentrations of wildlife, we offer you many ways to explore the Great White Continent.

5. Antarctica—and Beyond
We offer unique itineraries to Antarctica, with options to explore the Falkland Islands, Patagonia, and the Chilean fjords.

6. Commitment to Antarctica
We are an industry leader in sustainability, with a deep commitment to preserving the waters of Antarctica and its marine life.

7. Exceptional Value
Our unrivaled expeditions to Antarctica are an outstanding value that provide an abundance of memorable and life-affirming experiences.

10 Reasons Why You Should Travel to Antarctica with Hurtigruten

I traveled with Hurtigruten on a 20-day expedition to Antarctica, and it was the best trip I have ever taken! Sure enough, I am more than happy that I chose Hurtigruten because they were exactly how I expected them to be—and more. Read more

The World is Waiting: Save 20% 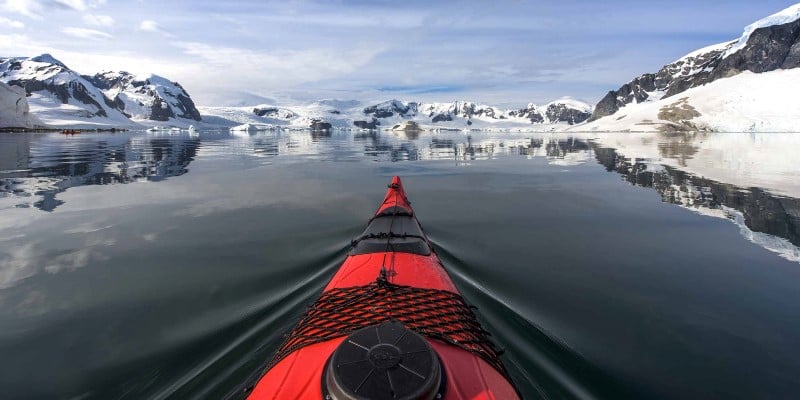 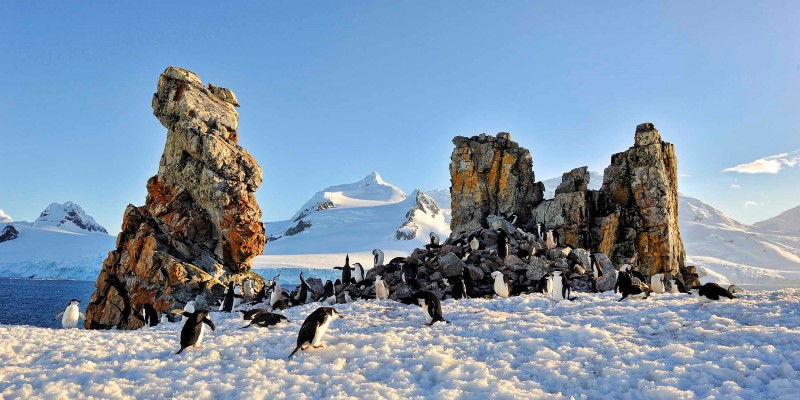 Exploration of Antarctica, Patagonia and the Falklands (Southbound) 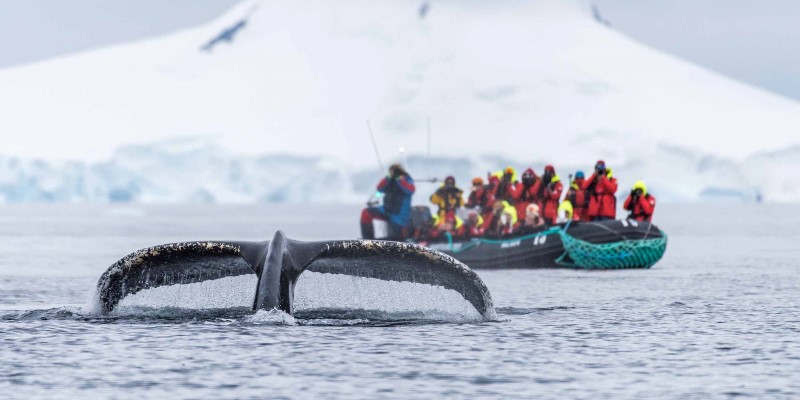