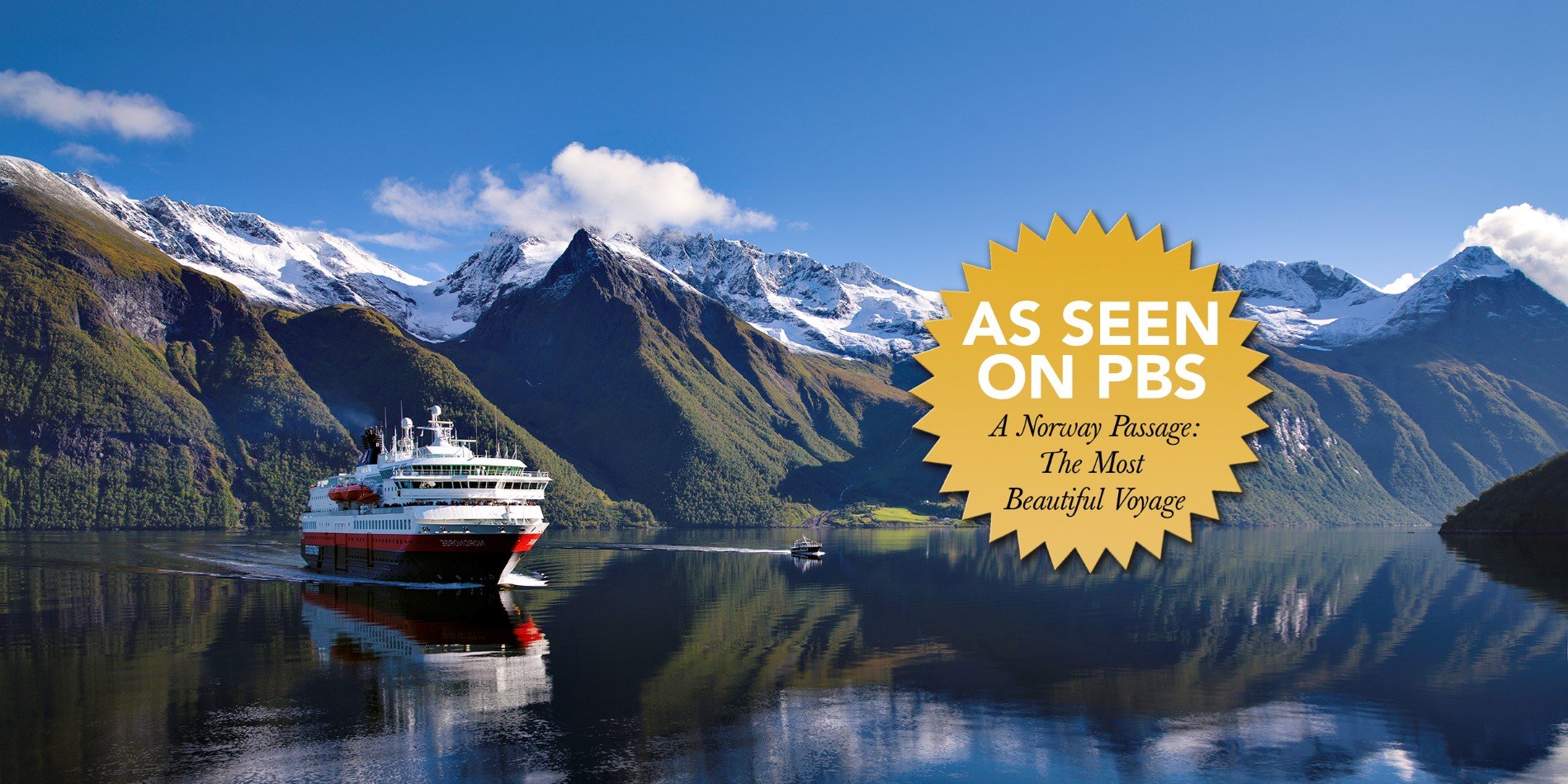 A Norway Passage: The Most Beautiful Voyage - Now Showing on Public Television Stations Across America

Norway's 'Minutt for Minutt' is at the forefront of the slow TV movement - the presentation of events and activites in real time on broadcast television. While their crews joined the MS Nordnorge for the full 6-Day Northbound Voyage, this show on your local PBS station is distilled down to the best hour of programming.

This unforgettable journey presents stunning images as it takes its viewers from the cosmopolitan southern city of Bergen to Kirkenes in the far north, stopping along the way at the astounding Geirangerfjord, a UNESCO World Heritage site; the old Viking town of Trondheim, Norway’s traditional historic, religious, and cultural capital; the postcard-worthy Lofoten Islands, whose special beauty is praised by National Geographic; Tromsø, the gateway to the Arctic Ocean; Nordkapp (meaning North Cape - with its 1,000-foot-high sea cliff) at the very top of Scandinavia; and through the Barents Sea to the Russian border.