See the fascinating Helgafell volcano and learn about the volcanic eruption that began on Jan 23rd 1973. Explore the area and see how the island’s inhabitants have built up their houses. We also visit the Eldheimar Museum.

On this Westman island hiking tour you will visit Helgafell volcano and learn about how the volcanic eruption affected the area around and the inhabitants of Heimaey, and explore the famous fire mountain Eldfell.

After being dormant for approximately 5,000 years, Helgafell volcano woke up and began to erupt on Jan 23rd, 1973 at 2:00 a.m.. A 5,200-ft. long fissure opened up from north to south with around 50 to 60 active craters. On the fourth and fifth day of the eruption, the craters closed except for one, where a new volcano, Eldfell, started to take shape. Incidentally, today Eldfell (“Fire Mountain”) is a 650-ft. high mountain.

This area was previously considered to be the best farming land on the island. The top of Eldfell is still warm today. In 2004, the islanders started to dig out the houses, which had been buried under ash during the eruption. More than 400 houses were destroyed in the eruption, and new housing has been built on the west coast of the island.

Before the eruption, the harbor was unprotected from the eastern winds and the entrance was 2660-ft. wide - today it is only 520-ft. wide and is considered one of the safest harbors in Iceland. During the eruption, seawater was used to cool the flowing lava in order to save the harbor.

The tour ends at the Eldheimar Museum where we have included the entrance ticket for you, and you may stay as long as you want to explore the exhibitions at your own pace. 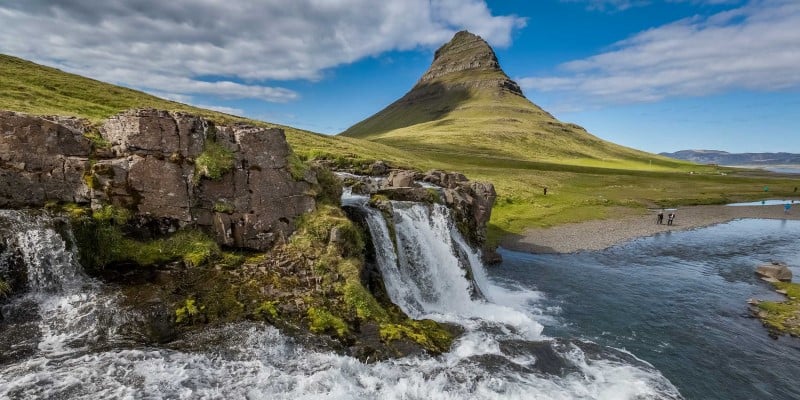 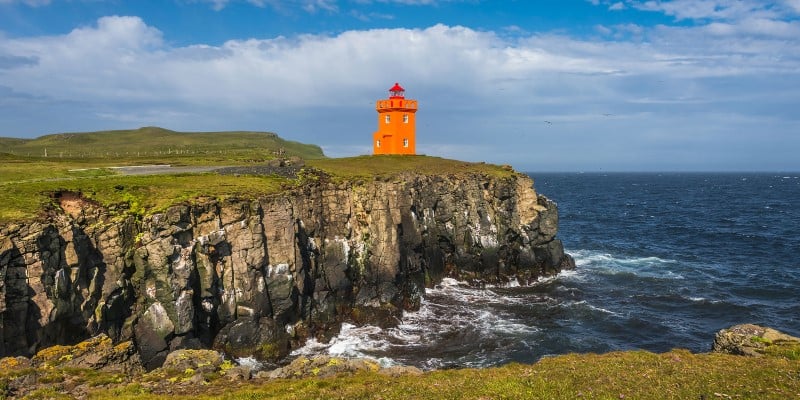 Exploring Iceland and Beyond (Northbound) 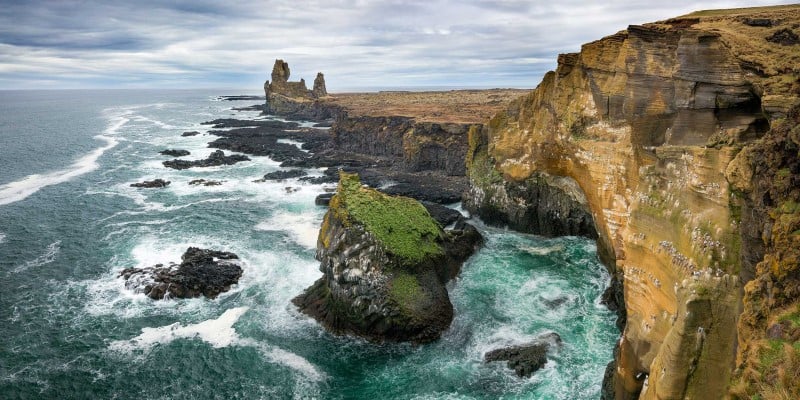 The Ultimate Circumnavigation of Iceland