This expedition cruise sails from Iceland to Greenland’s southern coast before making an attempt to sail to the heart of the Northwest Passage at Cambridge Bay.

We begin in Reykjavík, Iceland. From here, you’ll sail the Denmark Strait to Prince Christian Sound, a spectacular maze of channels chiseled out of granite rock and filled with ice floes and glaciers. We will spend four days exploring southern Greenland’s remarkable fjords and settlements, including the capital, Nuuk, and the stunning UNESCO-listed Ilulissat Icefjord.

Then our adventure takes us across the Davis Strait, where we begin our attempt to cross the Northwest Passage. Over seven days, we’ll explore the islands that dot this famously challenging sea route, which is only navigable a few weeks of the year. You’ll discover a range of possible sites amid spectacular nature, abundant wildlife, Thule and Inuit settlements, and historic trading posts.

Our route and landings depend on sea and weather conditions. We plan to take you for small-boat (RIB) cruises among ice floes and Arctic wildlife. The captain and the Expedition Leader will pick spots for escorted landings with the Expedition Team, which may include Pond Inlet, Dundas Harbour, Radstock Bay, Fort Ross, and Gjoa Haven.

If we’re successful, our great sea adventure will end in Cambridge Bay, where explorers once sought shelter from the harsh winters. Then you’ll catch a flight to Edmonton before returning home. Should sea ice prevent us from completing our transit of the Northwest Passage, you’ll still have experienced the rugged beauty of the High Arctic and have many opportunities to seek rare wildlife such as polar bears. 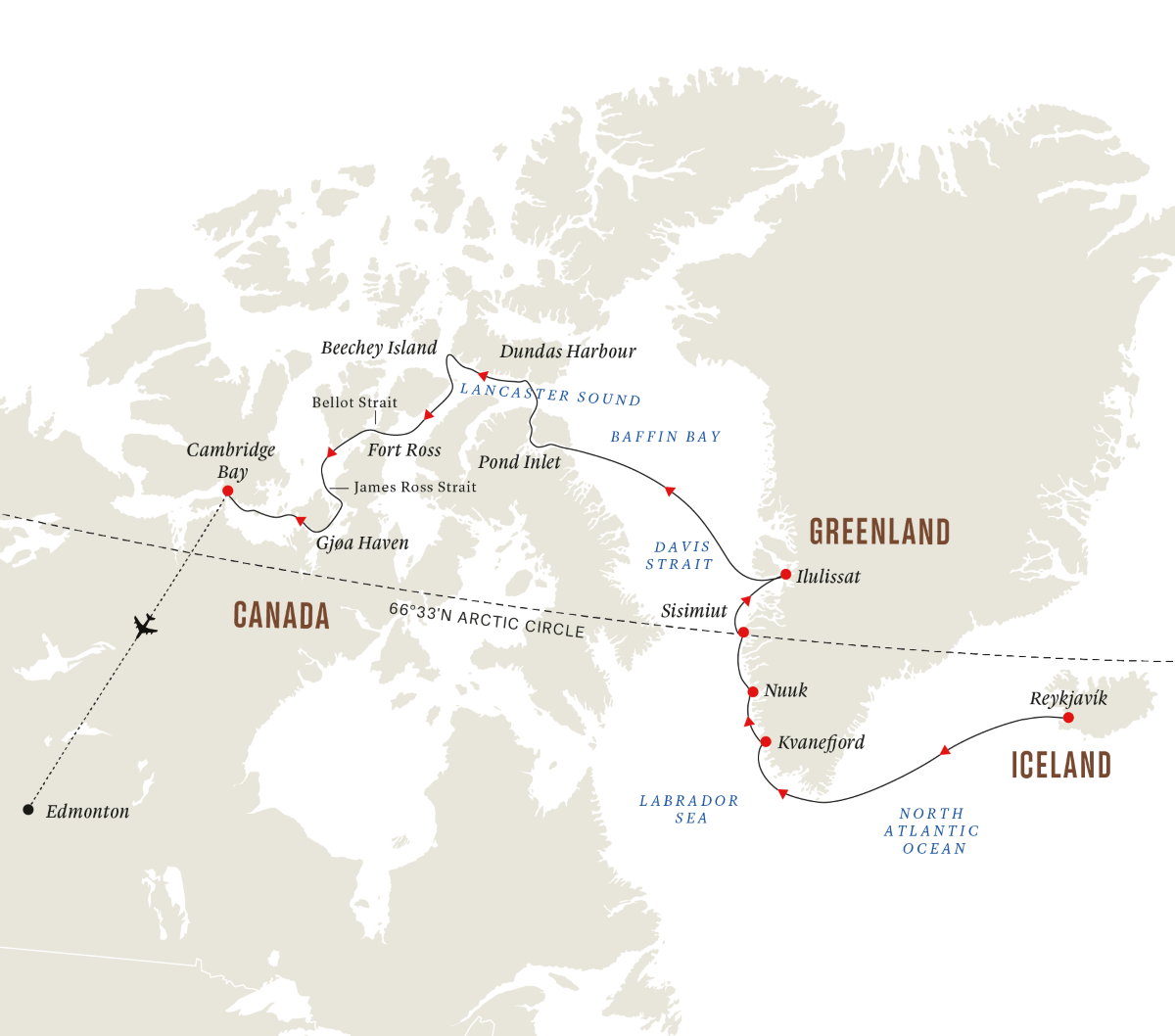 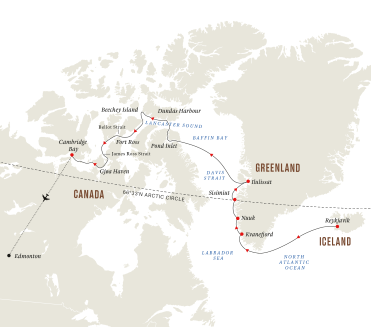