Our small ships can take you to places that larger ships can’t sail, opening the door to a wide range of places, from cities to remote islands. At times, due to weather, we may need to change or cancel our plan for that day. For an authentic adventure in this exotic region, this is par for the course.

From UNESCO-listed Valparaíso, we’ll journey to the Neo-Colonial enclave of La Serena, then to the sun-soaked resort towns of Iquique and Arica. Next it’s on to Paracas, where you may have the opportunity to visit the Ballestas Islands, which are teeming with biodiversity. Then it’s on to the sumptuous cuisine in Lima, the capital of Peru. Our plans are to then land at Salaverry to tour the ancient temple and city ruins around Trujillo.

We’ll stop at the important Ecuadorian port of Puerto Bolivar to learn about ‘oro verde’ (‘green gold’). From there, we head northbound to the busy and prosperous town port of Manta. We then cross the Equator and sail to the isthmus of Panama. The grand finale of your cruise will be to cross from the Pacific Ocean to the Caribbean Sea through the Canal. 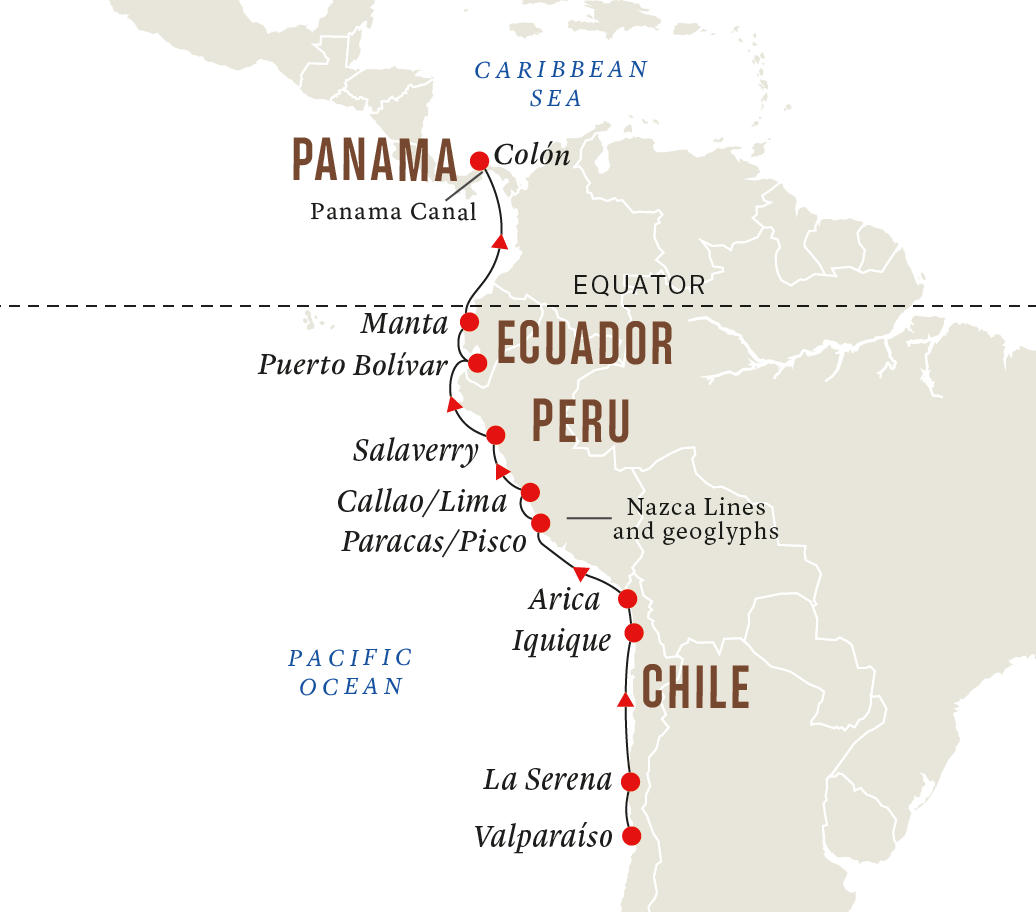 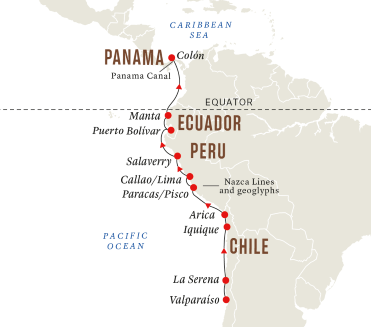