Join an expedition cruise from Colón, taking in the famous Panama Canal, a selection of coastal communities, and the amazing Galápagos Islands.

Start your journey in Colón and sail the Panama Canal, one of mankind’s greatest engineering triumphs. After the transit, we head south toward South America. Meet the Afro Colombian community of Bahía Solano and visit Montecristi, near Manta, where Panama hats are handwoven.

South America and the Galápagos Islands

Isla de la Plata has wildlife said to rival that of the Galápagos Islands. You can also visit Buenaventura Nature Reserve in Puerto Bolivar on an optional excursion, where you’ll have the chance to spot hummingbirds, parakeets and howler monkeys. Pacific weather conditions can make landing at Salaverry a challenge, but if we manage it, you can explore the remains of Chan Chan or Mochican  on optional excursions. Then you’ll fly to the Ecuadorian capital of Quito before going on to explore the remote and wildly beautiful Galápagos Islands 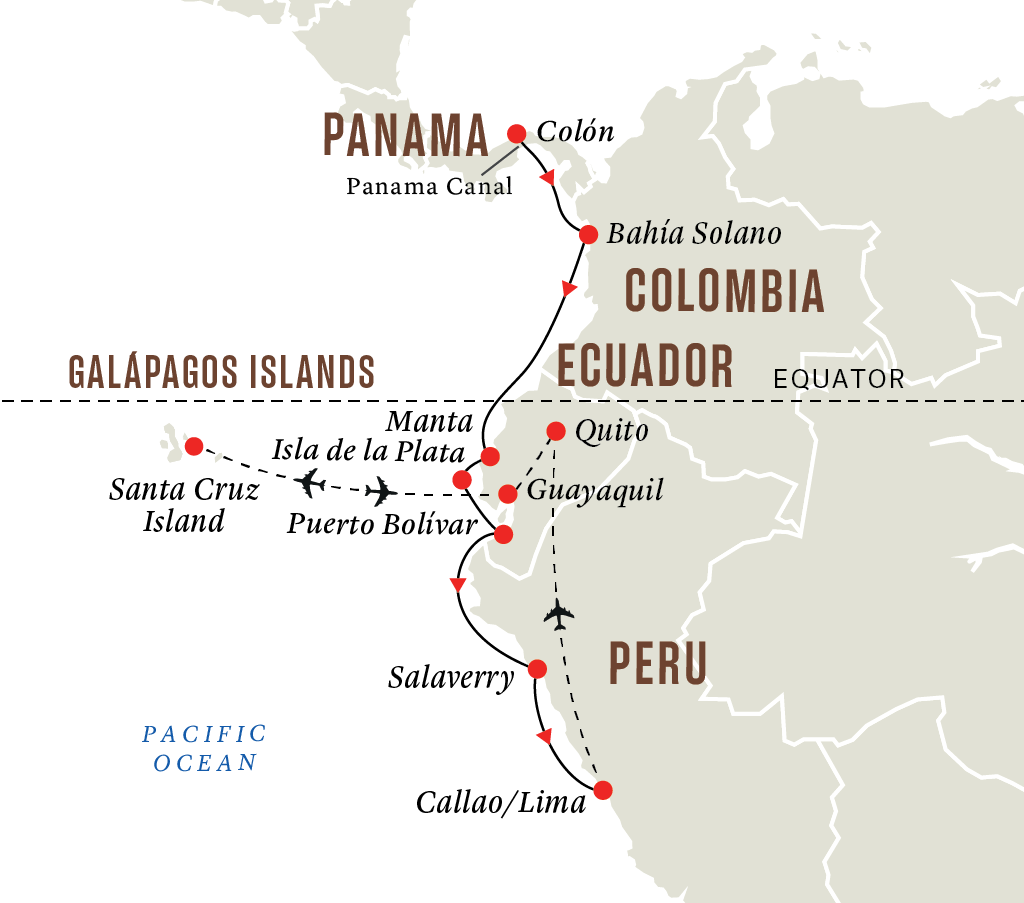 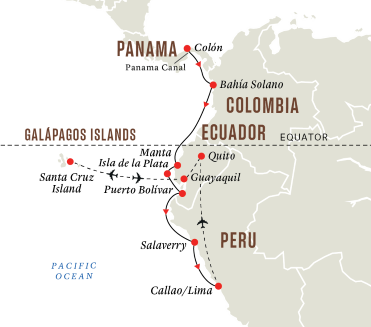