Let us take you on an adventure that begins in the Peruvian capital of Lima before experiencing the awe-inspiring ruins of Machu Picchu and other famous Incan sites in Cusco. Then you’ll return to Lima to meet the ship and explore select highlights along the coasts of Peru, Ecuador, and Panama.

After a night enjoying the many charms of Lima, you’ll fly to Cusco and visit the fortress of Sacsayhuamán on a hill overlooking the former Incan capital. You’ll also visit another impressive fortress at Ollantaytambo before boarding the Hiram Bingham train, which guides you to the ‘Lost City’ of Machu Picchu. You’ll have plenty of time to see more of Cusco, including its cathedral and convent, built on top of an Incan palace and temple.

You will board the ship in Lima and begin the expedition along the Peruvian coast. We will call at Salaverry and tour the ancient temple and city ruins around Trujillo. We’ll stop at the important Ecuadorian port of Puerto Bolivar to learn about ‘oro verde’ (‘green gold’). From there, we head northbound to the busy and prosperous port town of Manta. We then cross the Equator and sail to the isthmus of Panama. The grand finale of your cruise will be to cross from the Pacific Ocean to the Caribbean Sea through the Canal. 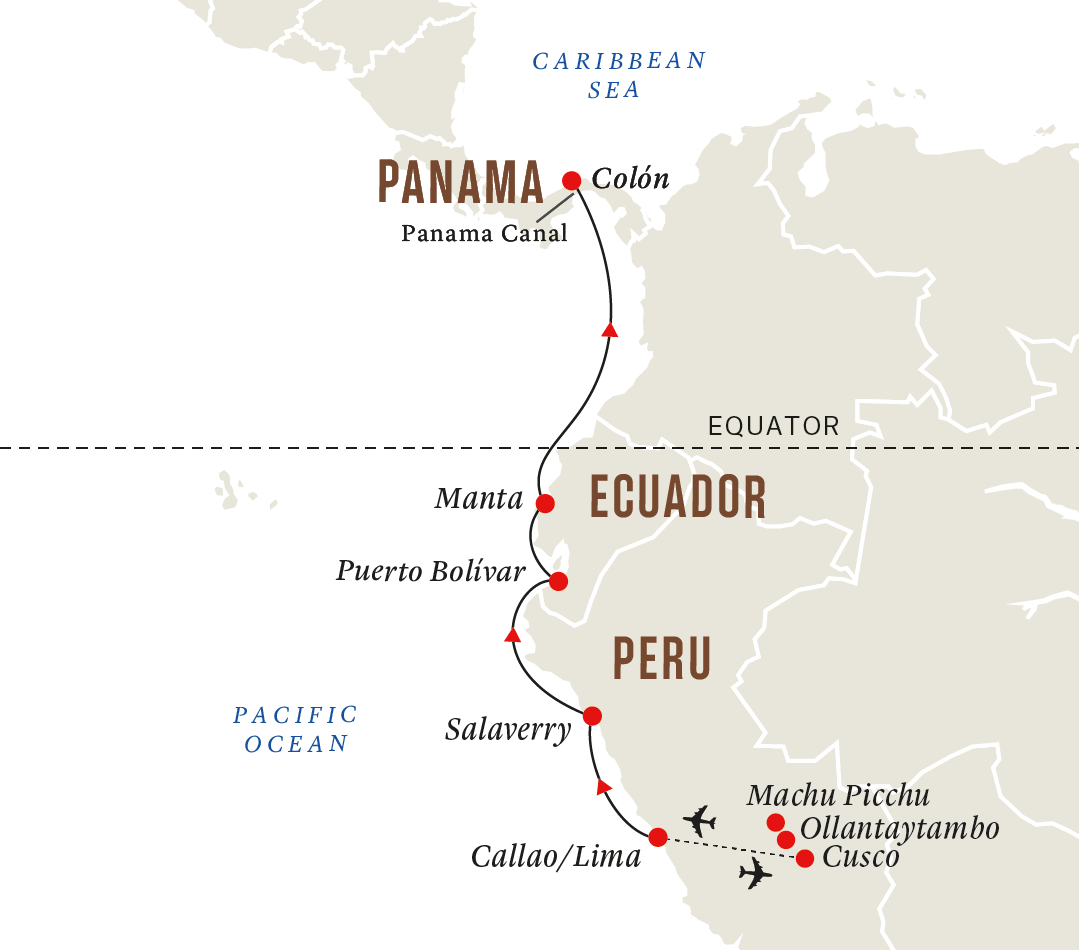 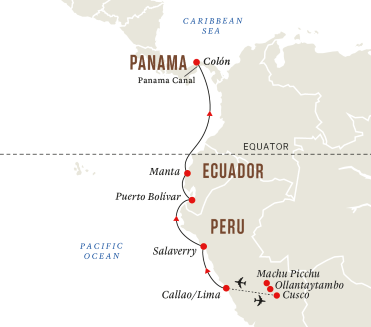 Expedition to Machu Picchu/Peru before the expedition cruise