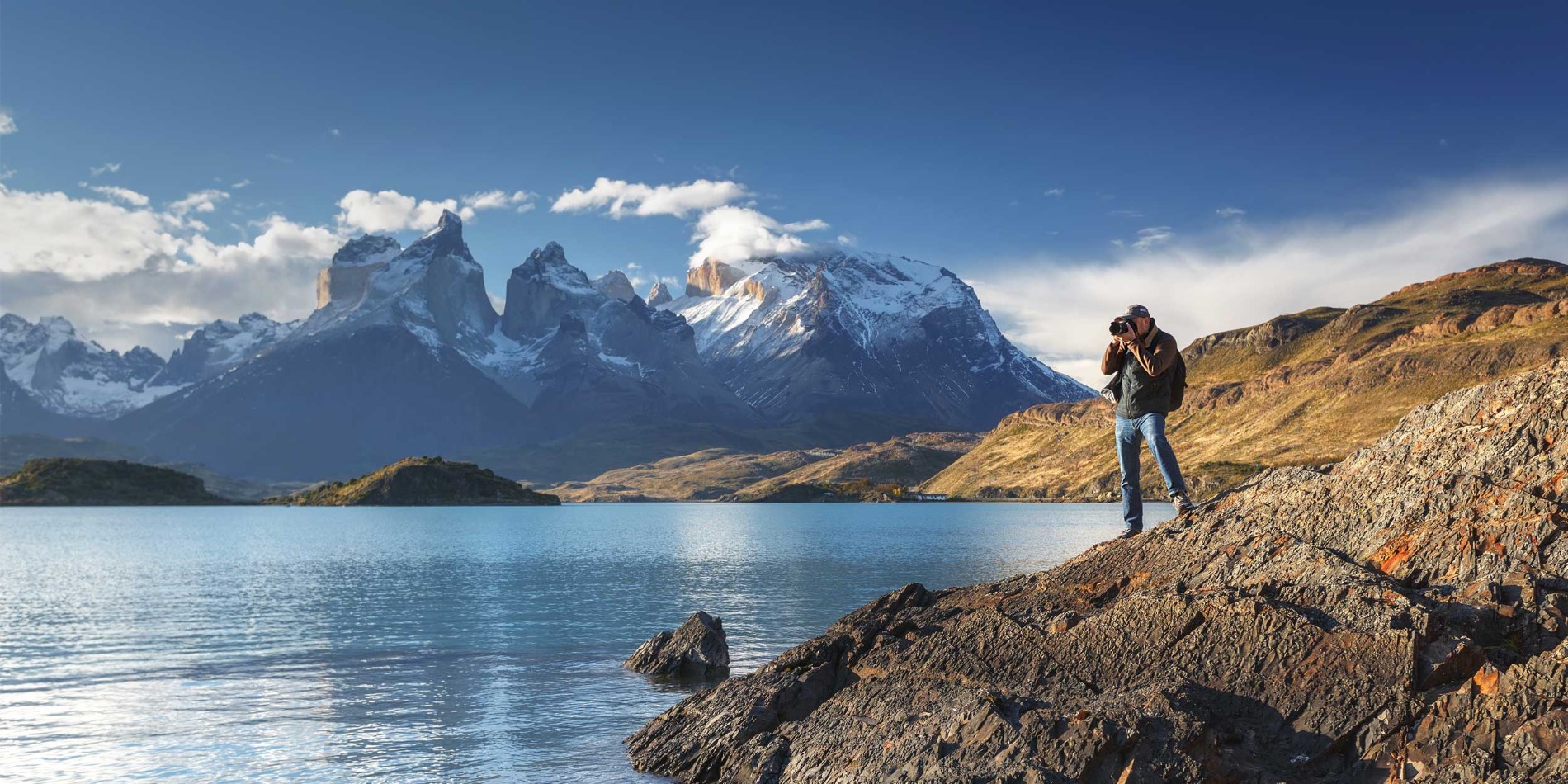 Torres del Paine National Park is an area of natural importance spanning 448,284 acres in a remote location in the southernmost region of Chile, Magallanes, about 50 miles from the nearest city, Puerto Natales.

The park was designated as a UNESCO Biosphere Reserve in 1978. Its name references the Cordillera del Paine mountain range within the park. More than 250,000 people visit Torres del Paine National Park every year to see its incredible natural wonders including glaciers, forests, and lakes, as well as the spectacular mountain range. Founded in 1959, the park was initially named Grey Lake National Tourism Park, before being renamed in 1970.

Torres del Paine National Park is best known as a hiker's paradise. Its most famous hike involves a demanding 31-mile walk up and down the park’s valleys to see its most famous sights. The route takes the shape of a “W”, hence the name W Trek. Walking the trek requires carrying few supplies, as accommodation is available at the end of each day, meaning that there’s no need to carry tents, sleeping bags, or four days’ worth of food. For serious hikers, the 68-mile O Circuit includes the W Trek but with the addition of an extra portion into the park’s more remote areas, where camping is required.

The first sight, at the end of the Ascencio Valley, is the Cordillera del Paine mountain range after which the park is named. This portion of the trek involves an 2,625 ft. climb to reach the mountains' base, the highest point of the trek. The mountain range’s highest peak is Cerro Paine Grande, which measures 9,022 feet in height. The most famous part is the three peaks, which are nicknamed the "Dragon’s Backbone" or "Cleopatra’s Needles."

The middle portion of the W Trek is best known for hanging glaciers that crack and rumble as you pass through the valley. You may see ice falling from the cliffs in the distance. The end of the valley involves a steep climb to a summit atop a set of boulders offering a 360-degree view, a fitting reward for a challenging day’s work.

Grey Lake, and the Grey Glacier that created it, are two of the park’s most spectacular sights: in fact, the entire park was initially named after them. If you’re not following the W Trek, it’s possible to view the glacier from the lake itself. The most up-close and personal experience of this icy monolith comes from ice hiking trips on the glacier itself.

Bird enthusiasts are spoiled for choice in Torres del Paine. Andean condors and eagles can be spotted in the sky, while flamingos, rheas, and black-necked swans are more likely to be seen in the water or on the ground. You should also look out for guanacos, a South American llama, or the majestic puma, as well as Andean deer.

Whether on an intense hike or a leisurely boat ride, there’s plenty to see for nature enthusiasts in Torres del Paine National Park. Despite its remote location, this park certainly delivers on spectacular beauty, scenery, and wildlife.