Norwegian Coastal Express
Go to Hurtigruten Expeditions
Info: We at Hurtigruten use cookies to optimize our websites for your needs. By using this website you consent to our cookie policy
Norway | A Taste of the Arctic

Norway | A Taste of the Arctic

In Vardø, there’s history to be uncovered at the solemn Witches Monument and the star-shaped Vardøhus Fortress. The next day, check out the UNESCO-listed Meridian Column monument in the town of Hammerfest or join a challenging optional hike to a viewpoint over the town. The ship arrives into Tromsø around midnight. 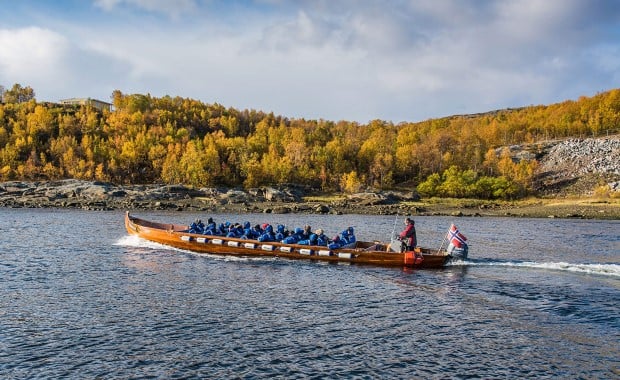 Experience the thrill of a riverboat excursion near the Russian border.
Photo: Ørjan Bertelsen

Your voyage begins in the Arctic in the town of Kirkenes, just a few miles from the Russian border—farther east than St. Petersburg and Istanbul!

You’ll likely notice that Norway’s gigantic neighbor has many influences, from road signs in both Norwegian and Russian to a monthly Russian market and the World War II Russian Monument.

For those interested in history, the Varanger Museum in Kirkenes has exhibits about how the town was involved during World War II, where it was bombed a total of 328 times in four years, making it the most bombed place during the war after Malta.

For more insights into this somber period, visit the Andersgrotta World War II Bomb Shelter which could house up to 2,500 people underground.

In the port of Vardø, you’ll find the star-shaped Vardøhus Fortress, built in 1737. The northernmost fortification of any kind, it remains in use by the military to this day.

We’ll cruise Norway’s coastline to the small port of Båtsfjord in the evening. Then it’s on to Berlevåg. You might be able to make out Mount Tanahorn to the west, or see Kjølnes Lighthouse blinking atop its cliff overlooking the Barents Sea. 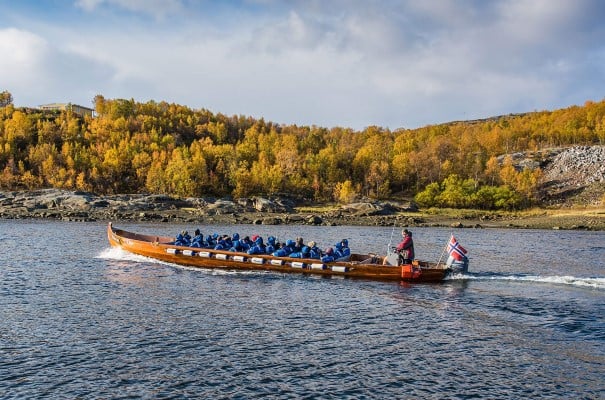 Experience the thrill of a riverboat excursion near the Russian border.
Photo: Ørjan Bertelsen 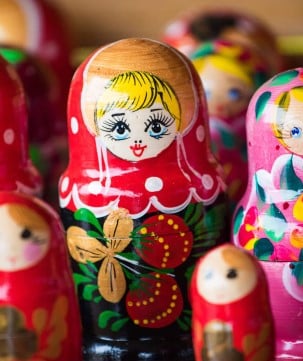 Visit the nearby Russian border in Kirkenes.
Photo: Ørjan Bertelsen
The day-by-day programme will give you a few ideas about what you can see and do on your coastal voyage in Norway, but bear in mind that this itinerary is just an indication of what you can experience. After all, this is a sailing where the elements rule and weather conditions might vary, which is why every voyage with The Hurtigruten Coastal Express is unique.
Check prices and availability Request a quote
Check prices and availability Request a quote