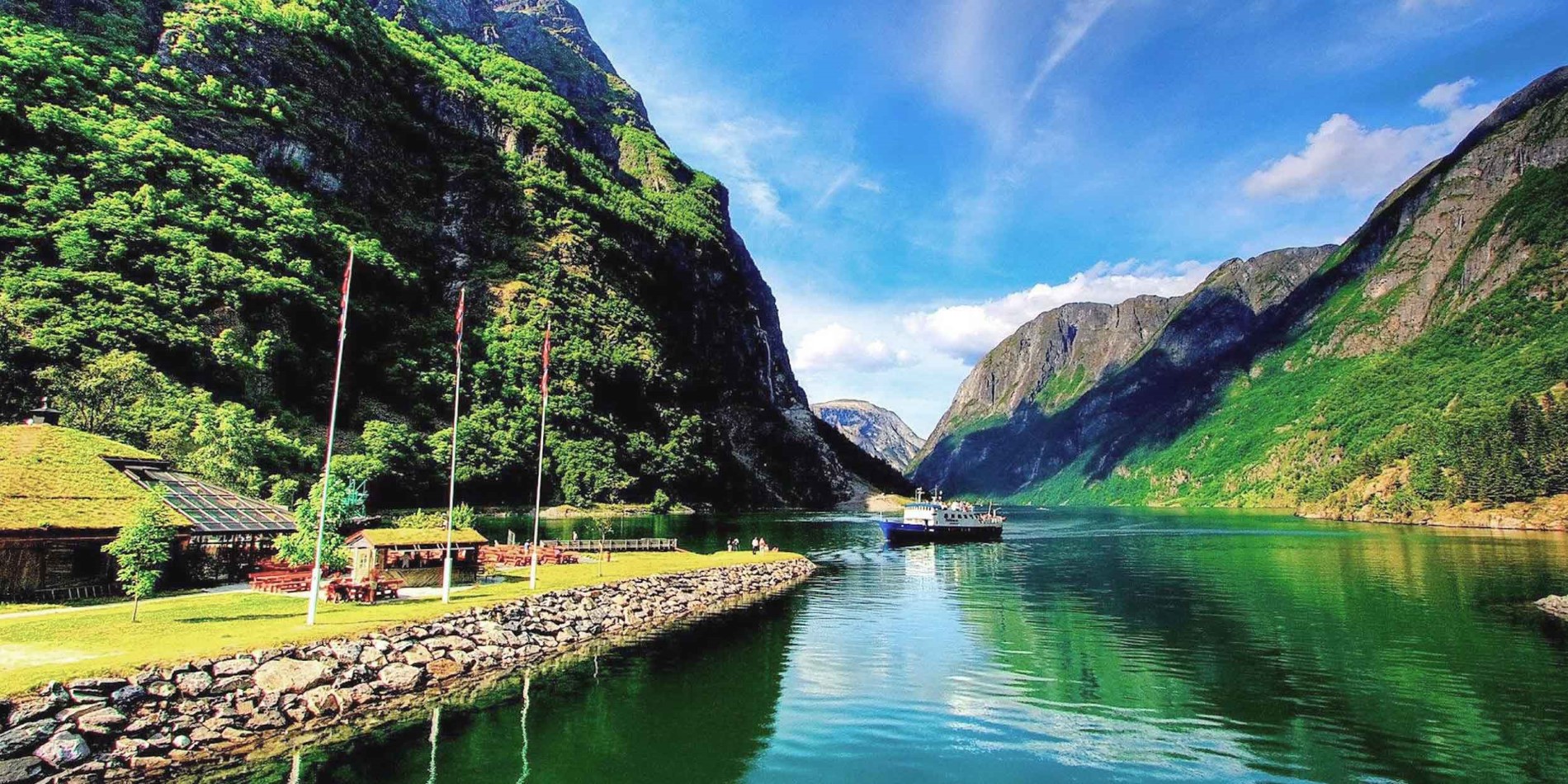 Fjords: Echoes of a glacier

There are few sights out there as awe-inspiring as the fjords. Here's a look at how these impressive basins were formed

There are few sights out there as awe-inspiring as the fjords. Sailing through these massive geological structures gives you a glimpse into the past, while simultaneously transporting you to a whole other world. Surrounded on either side by lush, snow-capped mountains, fjords stand as a testament to how natural history has - quite literally - shaped our planet.

Found only in regions near the north or south poles, these deep valleys stand apart from the canyons and gorges found throughout the U.S. due to their formation. The Grand Canyon is easily the most iconic valley in North America, and was formed by millions of years' worth of river erosion. As incredible as this is, fjords are formed by an even more dramatic force: glaciers. Here's a look at how these impressive basins came to be:

You may think of the ice age as being something that only happened thousands of years ago when the entire planet was cold and mass extinction took place. In reality, however, the definition of ice age is somewhat anticlimactic. An ice age is simply a period of time in which there are glaciers on Earth: this instant, for example. We've been in our current ice age for millions of years, and we've come to think of it as the planet's "normal."

Although Earth is currently in an ice age, it's nowhere near as icy as has been in the past. At various points throughout history, glaciers have extended far further from the poles than they do today. In fact, there's even been a period of time in which polar ice reached all the way to the equator. During this period of time, the average temperature of the earth was only about -74 degrees Fahrenheit However, ice can only stay in these parts of the planet as long as temperature and atmospheric conditions allow for it, which is usually a very brief period of time.

When glaciers extend across the earth, they make a big impact. As they move, they pick up debris and rocks that they slowly take with them. This process effectively carves deep U-shaped valleys in the land - the beginning of the fjords. Of course, the valleys didn't become the formations of today until the ice melted.

Carbon emissions from volcanoes slowly warmed the Earth's atmosphere, causing glaciers to melt and retreat back toward the still-cold poles. Many of the glaciers only traveled across land, and the resulting dry valleys make up much of the Northern Hemisphere. In coastal areas like New Zealand, Chile and Norway, however, glaciers were likely to go all the way across the land and into the nearby sea. These are the glacial paths that carved the fjords.

As these glaciers melted, the sea water filled the bottom of the valley left behind. Fjords tend to be deepest further inland. There's an easy experiment you can do at home to picture why. Get a cup of flour, and use your finger to make a single line through it. Where your finger started will be deeper than where your finger stopped, because the flour you pushed out of the way settles at the end of your path. The same concept applies to the debris carried by glaciers.

The sea life in fjords is absolutely fascinating. Far down in the cold depths of the fjords are coral reefs. The depth of these reefs makes them much harder to study than their tropical alternatives, so scientists simply don't know as much about them. We do know, however, that fjords hold some of the largest reefs on the planet. The organisms that live at the bottom of these waters are suited to the cold, high pressure and total darkness that defines their environment.

Travelers who want to get a glimpse of these impressive geological formations are in for a treat when they take a Hurtigruten cruise. The vast majority of our cruises take you through the fjords on one end of the pole or the other.

There are three major fjords in Norway your cruise will likely traverse. In the north the Trollfjord, which is one of the narrowest fjords in the world, is only 800 meters across at its widest point. Further south along the western coast of Norway are Geirangerfjord and Neroyfjordin. These two are both UNESCO World Heritage Sites, and are truly incredible to see.

The Chilean fjords reign in the Southern Hemisphere. Aboard the MS Midnatsol, travelers will explore these valleys on their way to Antarctica. Although these fjords are, in essence, the same geological phenomena as their northern counterparts, the plant and animal life will stand in stark contrast, making them an experience unlike any other.

Whether you're looking to learn more about the culture and heritage of the Scandinavian countries, or hoping to explore the untouched land surrounding the south pole, make sure you check out some fjords along the way.