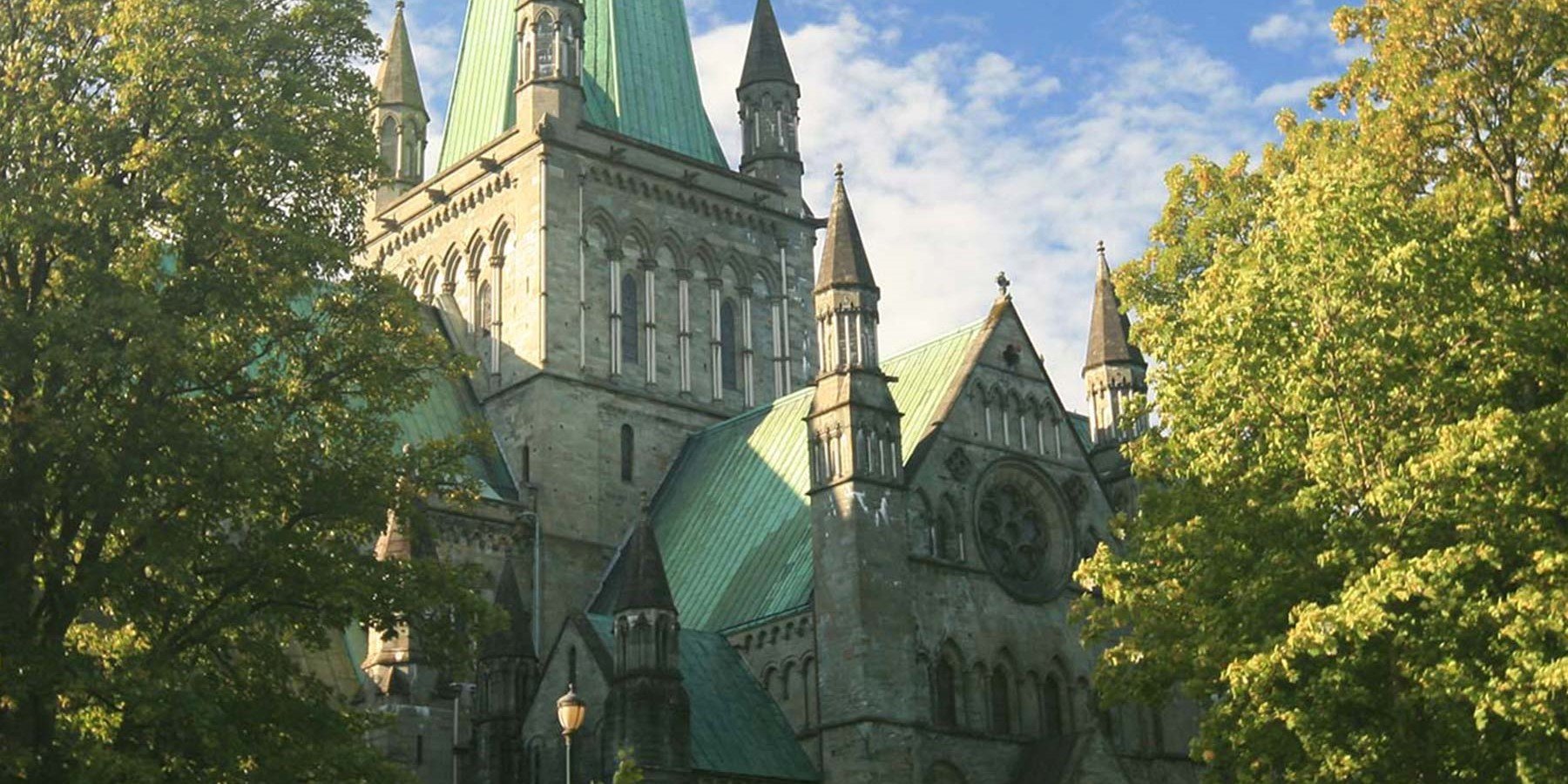 A History of Religion in Norway

Here is a brief history of religion in Norway, and how you can explore the country's religious past on your trip.

Before the 9th century, the early Norwegians practiced the Norse religion. Polytheistic and full of dramatic stories of conflicts and wars between the gods, Norse mythology was a fascinating world view that still captures peoples' imaginations today. According to the legends, the gods lived in a realm called Asgard, but would occasionally travel to other realms as well - including Earth, which was known as Midguard. In addition to internal conflicts, the gods also fought with other unearthly beings, mainly a breed of giants. The Norse creation myth centers around a conflict with these giants - an epic battle between the gods and the giants led to earth being destroyed by a fire giant. However, the land rose anew from the ashes, and that is the world in which we live today.

Christianity made its way to Norway in the early 8th century. Vikings, who had been converted to Catholicism during their travels, brought their new religion home when they returned. In addition to converted Vikings, monks and kings were also incredibly influential when it came to bringing Christianity to Norway. One man in particular - King Olav Haraldsson - was responsible for a dramatic shift toward Christianity. During his life, this was through force. It was his death, however, that most noticeably changed the tide: Reports of miracles occurring around his tomb led many people to convert in his wake. Olav Haraldsson was canonized, and is now the patron saint of Norway.

Protestantism and the Church of Norway

In the 1500s, Norway, like much of Europe, broke away from the Roman Catholic Church. This shift came when the royal family converted to Lutheranism, and the country followed suite. Although the state church wasn't officially established for nearly another century, this shift to Protestantism was the first glimpse of the modern Church of Norway. In 1660, the country instated absolute monarchy, at which point "Church of Norway" became an appropriate term. The country is no longer officially religious, however - Norway's constitution, which once referenced a specific religion of the state, now simply says that Norway's values are built on religious and humanist roots. That's not to say that the population has strayed far from the state religion, however - approximately 75 percent of Norwegians still consider themselves members of the Church of Norway.

Today, most Sami people practice Christianity. However, the traditional Sami religious practices still echo into modern times, and are followed by a minority of Sami. Their religion was centered around shamans, called noaidi, who were able to connect the physical and spirit worlds. These noaidi would go into trances to reach the spirit world on behalf of the community, and used this spiritual access to perform acts of sorcery. Gods in the Sami religion were mainly nature-based, and represented various forces and structures found in the Sami environment, such as the sun and the trees.

Norway's long-standing religious history means that it has plenty of beautiful historic religious sites for visitors to explore today. One of the most famous of these sites is the Nidaros Cathedral in Trondheim, which was built around St. Olav's tomb. In Harstad, visitors can tour the Trondenes Church, the northernmost stone church in all of Norway. This church has been standing since the mid-1400s, and holds an incredible surprise - its simple outward appearance leads visitors to assume the inside will be bare as well. This makes the stunning and ornately decorated interior as unexpected as it is awe-inspiring. These are just a few of the religious sites you can explore on your trip through Norway - each town has its own church and history.