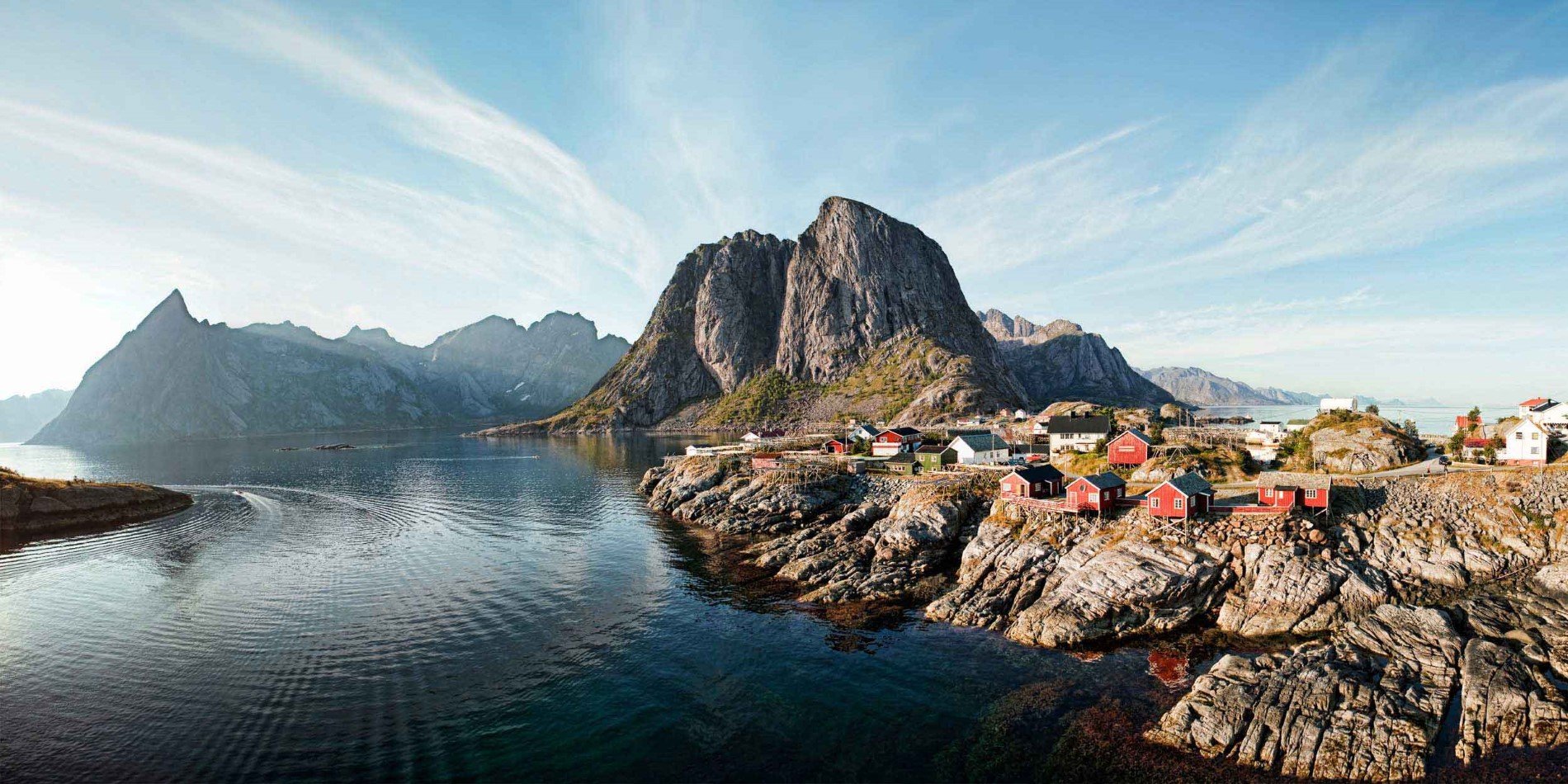 For Norwegian Coastal cruisers, Svolvær will be the first destination see in the Lofoten Islands.

For many of our guests, Svolvær will be the first destination in the Lofoten Islands. The main settlement on the islands casts an adequate reflection of the Lofoten archipelago as a whole. With jagged mountains rising out of the sea, small fishing towns scattered along the rugged coast and sandy beaches bordered by fjords, Lofoten has been billed as one of the most picturesque parts of Norway.

Getting to know the Lofoten Islands

The Lofoten archipelago consists of many islands, including Austvågøy, Moskenesøya, Værøy and others. In spite of its location above the Arctic Circle - at the same latitude as Greenland - Lofoten experiences a notably warmer climate, thanks to the circulation of the Gulf Stream. Nonetheless, it is considered a subarctic destination.

With water at every turn, it's not surprising that Lofoten is renowned for its fishing. Henningsvær was a hub of activity during the Lofoten Winter Fishery, and in the 1800s, the island flourished, becoming one of the most prominent fishing villages in the archipelago.

With the green mountains of Lofoten Wall in the distance, you can set sail on a fishing boat tour to reel in cod, haddock and wolf fish over the gunwale. Suit up as a fisherman or woman for a day on boat trips offered by the pros at Flakstad and Moskenes.

Røst, which lies at the tip of Ofoten, is home to the largest number of nesting birds in Norway. Here you can find about 25 percent of the country's seabird population.

During the summer months, visitors embarking on a Norway cruise line can enjoy the midnight sun. Locals will tell you that this rare sunlight is best viewed from the western beaches, such as Vestvågøy Island beaches Utakleiv and Eggum. Unstad Beach is a popular spot for surfers, as there are nice waves during stormy sunsets.

Sitting at the foot of tall mountains, Eggum tucks away a stunning pebbled beach, a perfect spot to soak in the midnight sun.

The north side of Gimsøya features a series of small, but delightful beaches that might trick you into feeling you're someplace a bit closer to the equator.

Those taking a boat trip through Moskenesstrømmen should be prepared to meet one of the most dangerous tidal currents in the world. The Moskenesstrømmen, which is Norwegian for maelstroms, were first described by the Greek historian Pytheas and later by famous writers such as Edgar Allan Poe. This natural phenomenon provides a thrilling look into the sea's astounding and often merciless power.

On the other side, adventurers can see vestiges of settlements tracing back thousands of years. The enormous Kollhellaren Cave in Refsvika is a coastal cavern that houses roughly 3,000-year-old cave paintings. Adventure tours are most commonly scheduled from May through September to this area.

Storbåthellaren Cave, located close to Napp village, is the oldest known Stone Age settlement in the region. Inside, there are thick layers left by ancient civilizations around 5,500 years ago. When archeologists delved into the cave, they found fishing tackle, spears and arrowheads and ceramics as well as human bones.