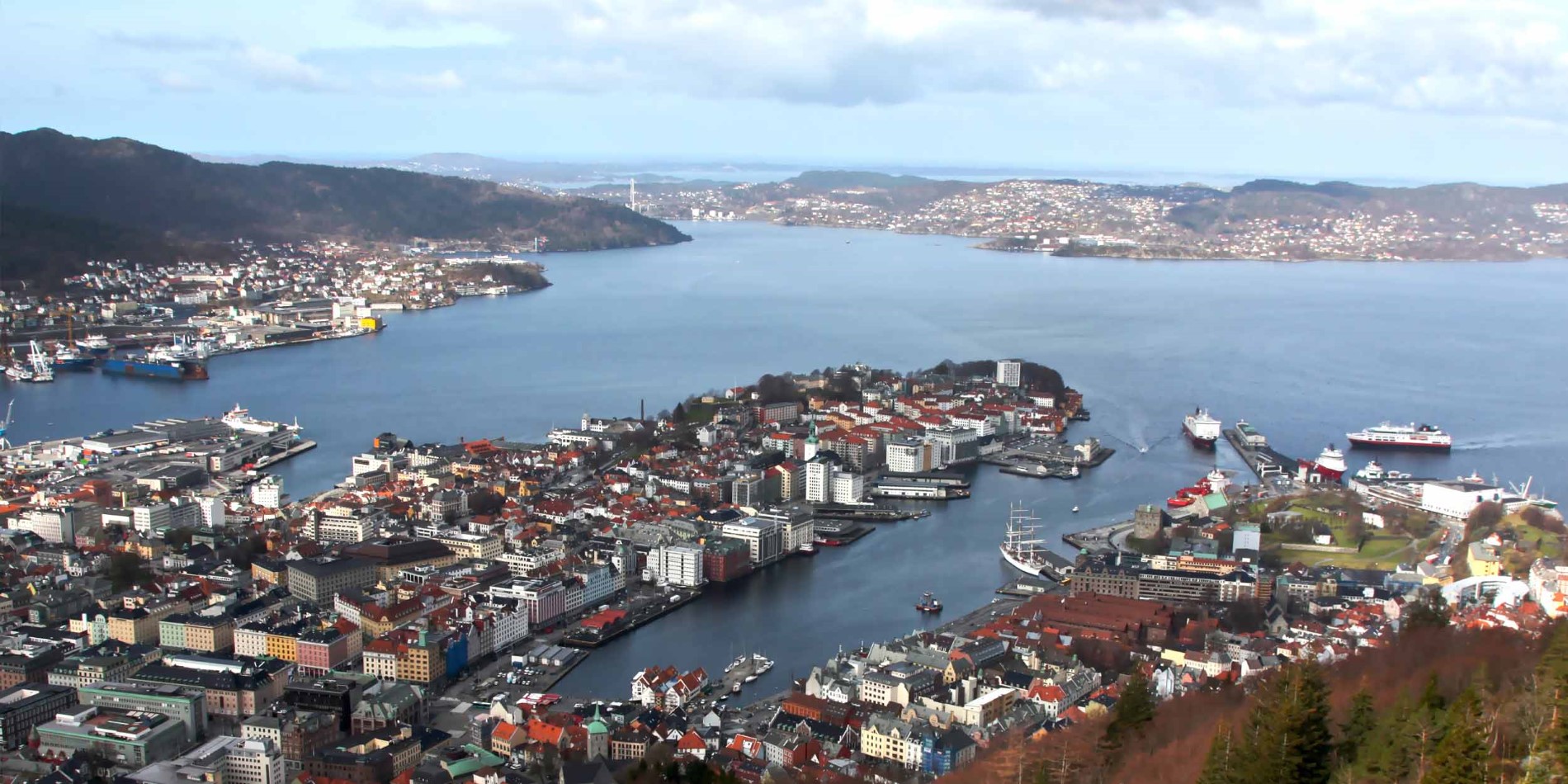 Bergen, a city you will have the chance to explore on your Norway cruise, is full of remnants and memorials of what happened in Norway, and the city in particular, during World War II.

Bergen, a city you will have the chance to explore on your Norway cruise, is full of remnants and memorials of what happened in Norway, and the city in particular, during World War II. If you are interested in this period of history, or perhaps on a cruise that focuses on it, you may like to try to see a few of these sights and institutions on your Bergen excursions. Dedicated history buffs can even arrive in Bergen a day early before they board their cruises to take in the historical attractions at a more leisurely pace.

If you're interested in World War II and how it played out in Bergen, you should know that this city saw the first invasion of Nazis. On the night of April 9, 1940, German ships defeated Bergen's defenses and proceeded to the city. Bergen's people awoke the next morning to a transformed world - one in which the German flag flew from the fortress and armed German guards proliferated throughout the town. Though Bergen was not as deeply damaged by the war as other Norwegian cities, it was an epicenter of activity during the occupation - both because of the start it had there and because of its ideal location for espionage of many kinds. There were resistance fighters in Bergen from the beginning of the occupation, and they coalesced into an organization that had ties across the world. There were deaths in Bergen as a result of the war, and destruction as well. Taking a tour of sites that give life to these facts is an excellent way to understand the role World War II continues to play in the emotional and cultural life of the city.

It's also worth pausing to note (and appreciate) structures that predate the war and survived it, as you can do in the historical district of Bryggen, where some homes have stood since the 17th century. While the war took a toll on Bergen, as it did on all of Norway, the city survived - and even rebuilt considerably. Now, there is commerce, research, academia and more throughout Bergen and the surrounding area. This is possible only because the war ended as it did - with the retreat of German forces from Norway without total destruction of the country, and particularly without destruction of Bergen. However, the scars the war left on the city are deep, and many of the sites below will help to make them clear.

The Bergenhus Fortress was meant to protect the port of Bergen. Now, it is a museum showcasing the efforts of the Norwegian resistance against Nazi occupation. Its permanent exhibitions are about women's role in the resistance and in defense, the resistance activity in Bergen on both a civilian and a military level and the reaction of the press in Bergen to the Nazi occupation. If you're interested in the everyday heroes who influenced the course of history and refused to capitulate to Nazi demands in Norway, you will greatly enjoy the museum, which is open on all days but Monday and offers free admission.

The Hellen Fort is near the shipping route to Bergen, and was built to protect the city from attacks by sea. The fort was involved in combat in April 1940 during the Nazi invasion. The fort managed to damage German ships, but the German forces ultimately caused the Norwegians at the fort to surrender. Today, Hellen Fort is a protected cultural site, and houses all kinds of war memorabilia. You can walk about an hour from the center of Bergen to the fort, or you can take a 10-minute bus ride to the Sandviken Hospital and walk about 15 minutes up the hill to the fort, which may be hard to find. The fort is always open, as it is open-air, and there's no fee to see what it has inside.

Though the hours it's open are limited, the Theta Museum is worth trying to find a way to get into. It's in Bryggen, which means it's easy to walk to from the quayside, so this could help you get in and look at what it contains. In years past, the museum has limited its hours to the summer only, and is open only a few hours a couple days a week. However, if you can get in, you really should. The Theta Group of the Norwegian resistance movement was a group of young people between 19 and 22 years old who communicated with the legitimate Norwegian government in exile and gave information about naval traffic near Bergen. There is an entrance fee to this museum, which is located at Enhjorningsgaarden, Bryggen in Bergen. If you're looking for Norwegian signs, keep an eye out for the name Thetamuseet.