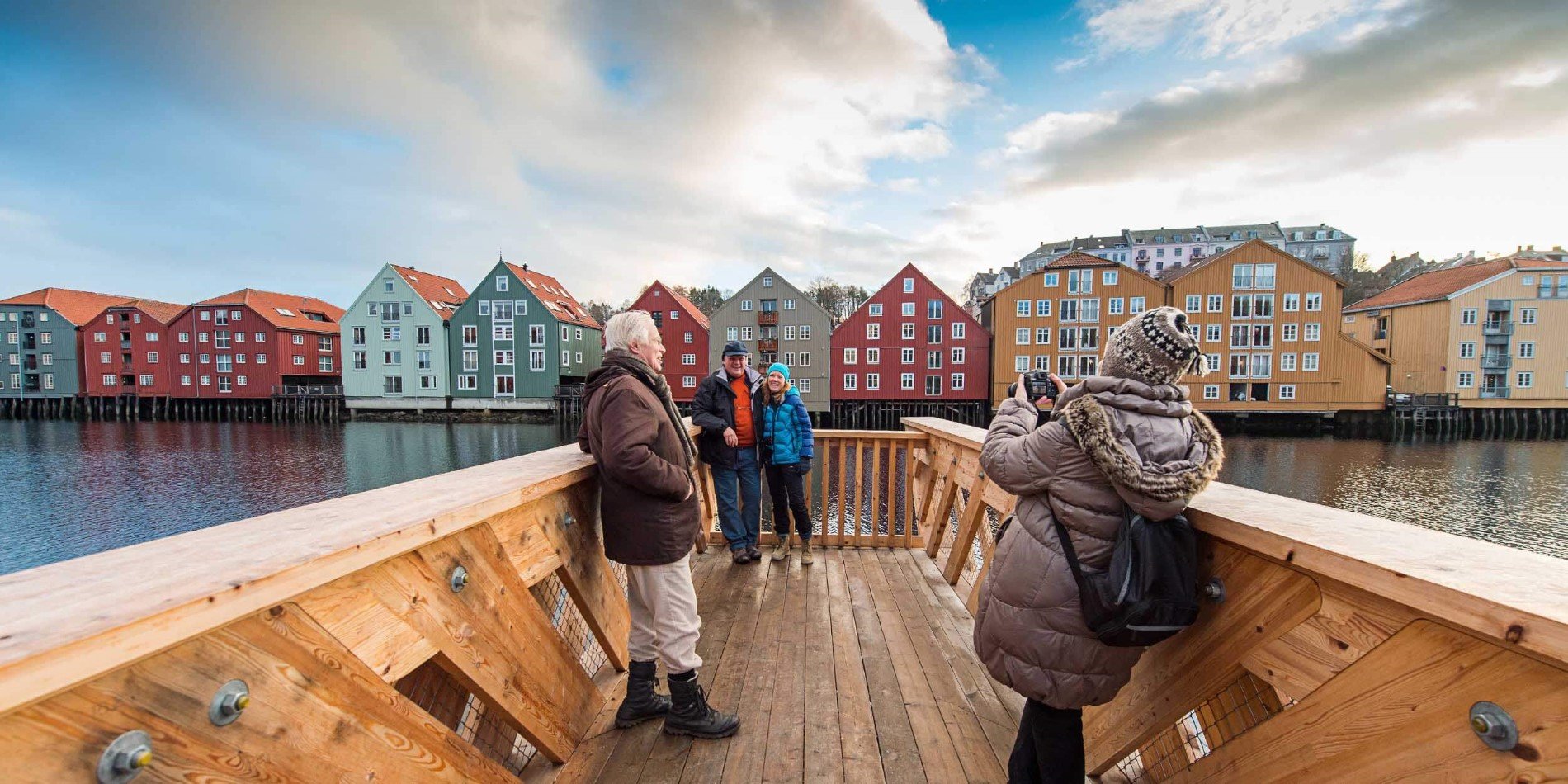 Trondheim was founded by the Vikings in the 10th century, which makes it one of the oldest and most historically significant cities in the country.

Trondheim​, Norway, was founded by the Vikings in the 10th century, which makes it one of the oldest and most historically significant cities in the country. You can explore many aspects of Norway's history there, from religion and music to war and imprisonment. Here are some of the most interesting historic sites in Trondheim for you to explore during this stop of your Norway cruise:

Translating to "Monks' Island," Munkholmen is one source of Norwegian history that's definitely worth checking out. A cloister was founded on the island in the 12th century, which gave the island its name. The monastery was eventually destroyed, but the name stuck. The island later held a fort that was build during - and after - the Dano-Swedish War, and was later repurposed as a prison. Although there haven't been any prisoners there in centuries, the fort is still well-maintained, and the island is a popular recreational destination.

Ringve
Music is one of the most important and influential parts of Norwegian history and culture. Ringve is a museum dedicated to the music and instruments of Norway, and is the perfect place to learn more about how performing arts have shaped the country. You can also get an up-close-and-personal look at instruments from around the world, and learn more about the instrument-making industry in Europe. Guided tours are available, along with a gift shop for those who would like to take something home with them.

This site was built after a fire devastated Trondheim in the 17th century. The fortress was part of the plan to rebuild the city and make it stronger, along with other fortifications around the city and a new grid of roads. It was built to protect the hill on the eastern side of town, but never actually saw battle.  In a siege of Trondheim in the early 18th century, the existence of the fort was enough to prevent enemy attacks. Today, the fort is the most well-preserved fortress in Norway, and houses a defensive museum that is open to the public. The fortress also holds a restaurant where you can dine in one of the recently renovated rooms.

Those looking to explore the region's religious history should make a point to visit the Nidaros Cathedral. This cathedral is actually built on the burial site of St. Olav, the Viking king who became Norway's patron saint after attempting to spread Christianity through Norway. Because different parts of the church have been added or changed over the years, it's also a great stop for architecture enthusiasts looking to see a blend of styles. You can stop by for a guided tour that will take you through the history and artistry of this beautiful place.

Any European city is bound to have an area that feels like a gateway to the past, and for Trondheim, that area is Bakklandet. This area has been preserved since it was first settled in the early 17th century, which means that your visit will give you a glimpse into the lives of those who lived there decades ago. Today, the area is quaint and charming, decorated with flowers and pops of color. This is a great stop for anyone looking to check out some local shops or cafes.

This museum is all about art, design and industry. Its permanent collections include modern and contemporary pieces, as well as collections displaying historical art. The museum's European collections go back to the 16th century, and its Japanese art exhibit includes pieces dating as far back as the Jomon period, a pre-history period from 12,000 B.C. to 300 B.C. One of the most interesting and unique elements of the Nordenfjeldske Kunstindustrimuseum is the interior exhibits. These are carefully planned rooms that display the interior design styles from the eras in which they were made. These types of exhibits give you an idea of how styles have changed over time, and how today's designs are influenced by the past.