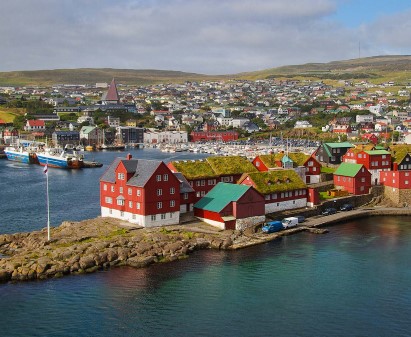 Discover the history and natural wonders of five wild, beautiful islands in and around the Arctic, across four countries.

Explore Bergen’s UNESCO-listed Bryggen district, with its fish market and colorful wooden houses along the wharf, before sailing to Lerwick in the Shetland Islands. Sample the variety of fish dishes here, from salmon and shellfish to lythe, ling, and John Dory. Next, we head to Tórshavn in the Faroe Islands, a city where the modern stands side by side with the ancestral in a truly Scandinavian landscape. You’ll then experience the peaceful and soothing atmosphere of Elduvík before we sail to Iceland.

The land of ice and fire

Our first stop in Iceland is Bakkagerði, a tiny village on the coast of Borgarfjörður Eystri that is said to inhabit many elves. This pristine wilderness hosts top-class bird watching opportunities. Then explore Húsavík, called Iceland’s ‘Whale Capital’. If you’re lucky, you might spot a few of these giants of the sea before we head to Akureyri, Iceland’s youthful ‘Northen Capital’.

We’ll sailing north and attempt to land at Jan Mayen, home to the world’s northernmost active volcano. During our two days in Spitsbergen, we’ll attempt several exciting landings in different parts of the Svalbard Archipelago. As you explore this rugged, untouched wilderness, keep your eyes peeled for the ‘King of the Arctic’: the regal polar bear. 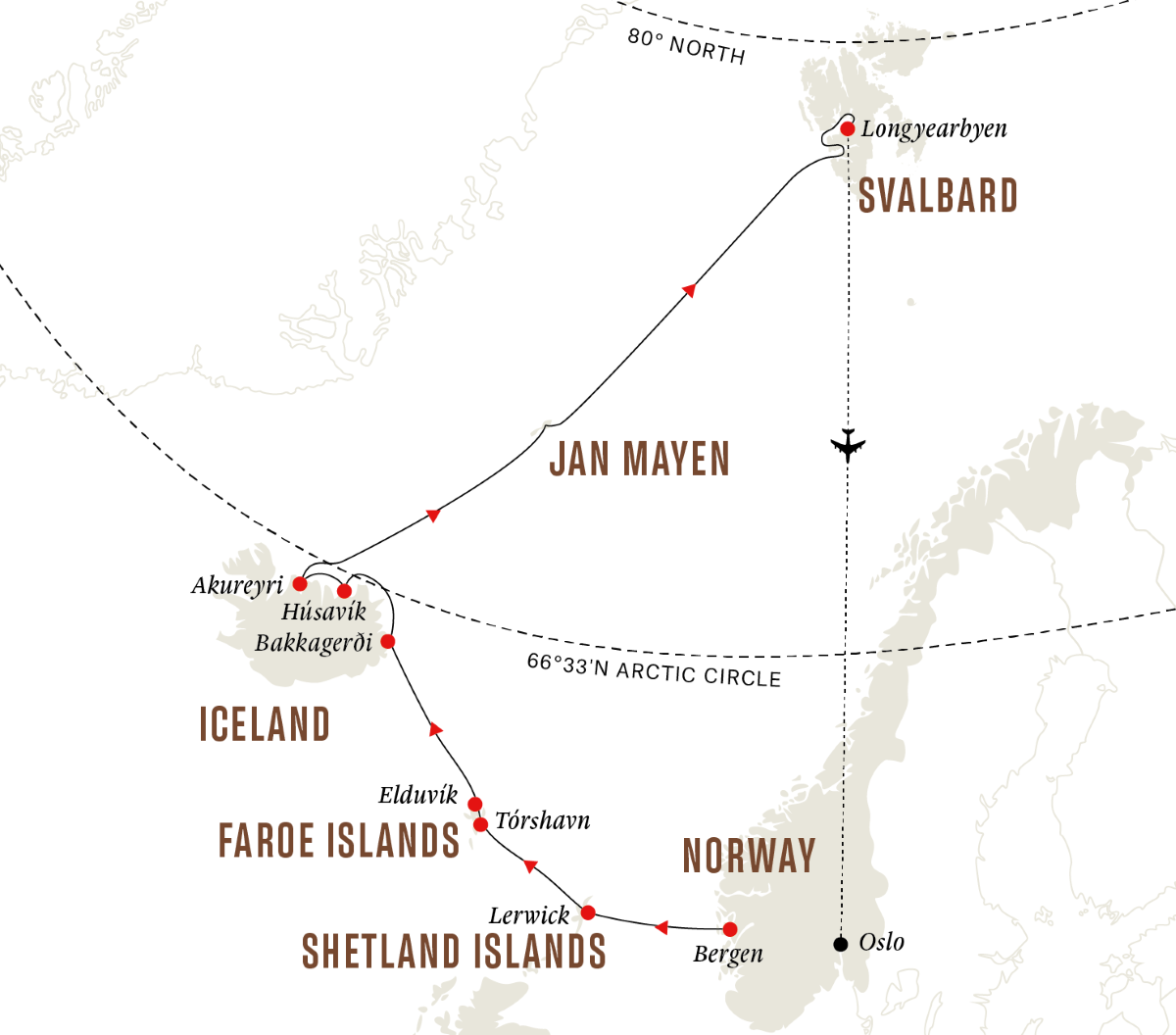 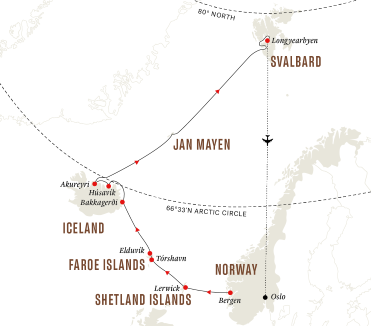