Departing from Hamburg, sail the spectacular Norwegian coast in spring, summer, or autumn. You’ll venture into the Arctic, to the top of Europe and back.

You can choose from three seasons to embark on this expedition along the Norwegian coast. Spring in April and early May offers both sun and snow. New leaves sprout from the once-bare trees and an array of colorful flowers bloom. Summer is when the Midnight Sun reigns supreme day and night, making the fjords and mountains appear even more vibrant. In fall, a special kind of late-September sunlight bathes the yellow, rust-colored forests in hazy golden hues. Whatever the season, you’re sure to fall in love with Norway’s magnificent landscapes and unique culture.

Handpicked highlights of the Norwegian coast

Four of Norway’s most charming cities aside, your adventure will sail you past spectacular landscapes along the Norwegian coast. These include the Hardangerfjord, lined with apple orchards, and the idyllic fishing villages of the Lofoten Islands. Stand at the dramatic cliffs of North Cape and hike to the hole in Torghatten Mountain. Our small ship size allows us to bring you to places few ever get to see: the remote archipelago of Træna, the hidden Hjørundfjord, and diverse ‘fairy tale’ landscapes on the island of Senja. 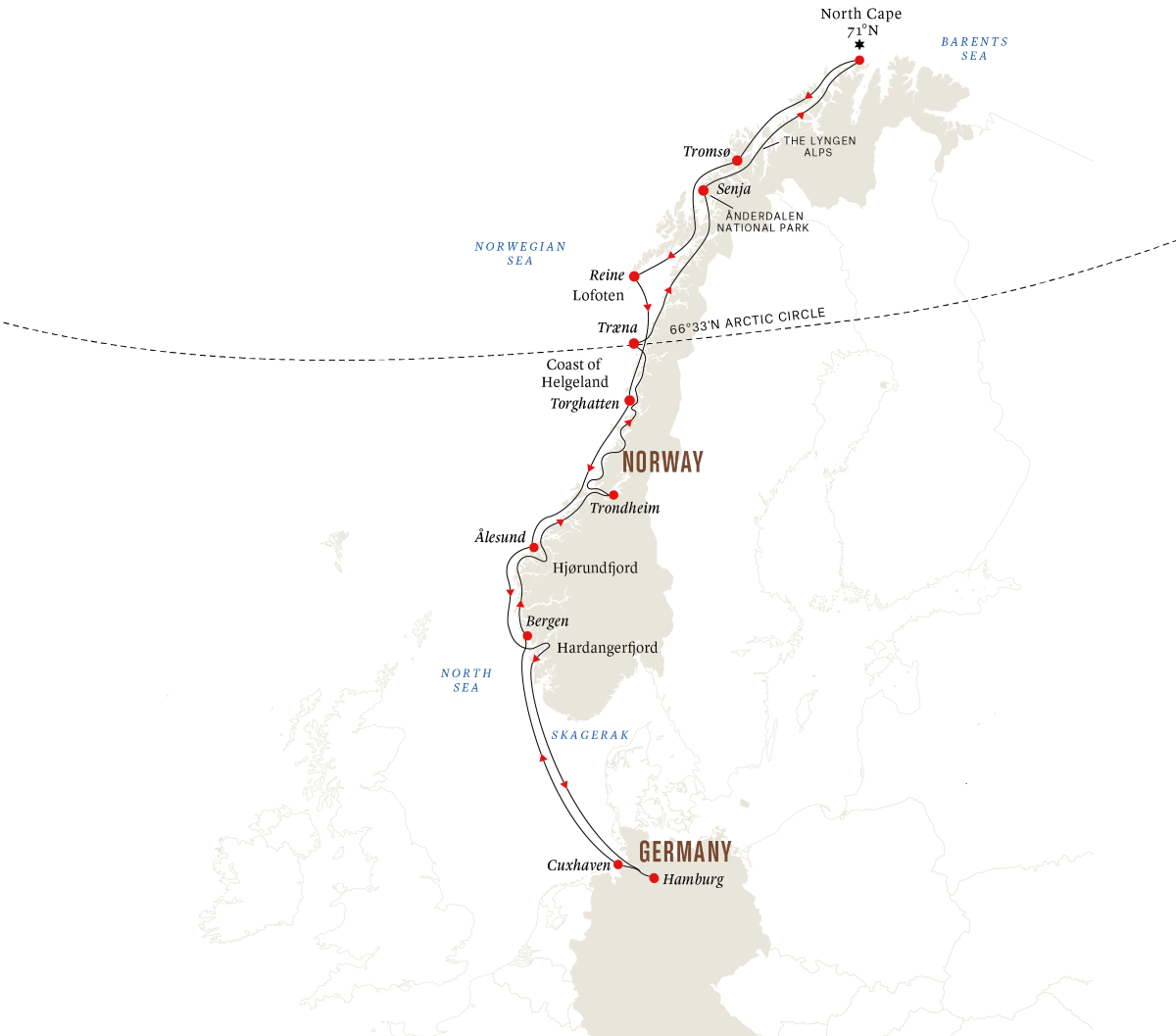 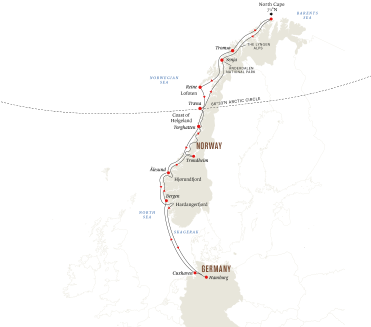