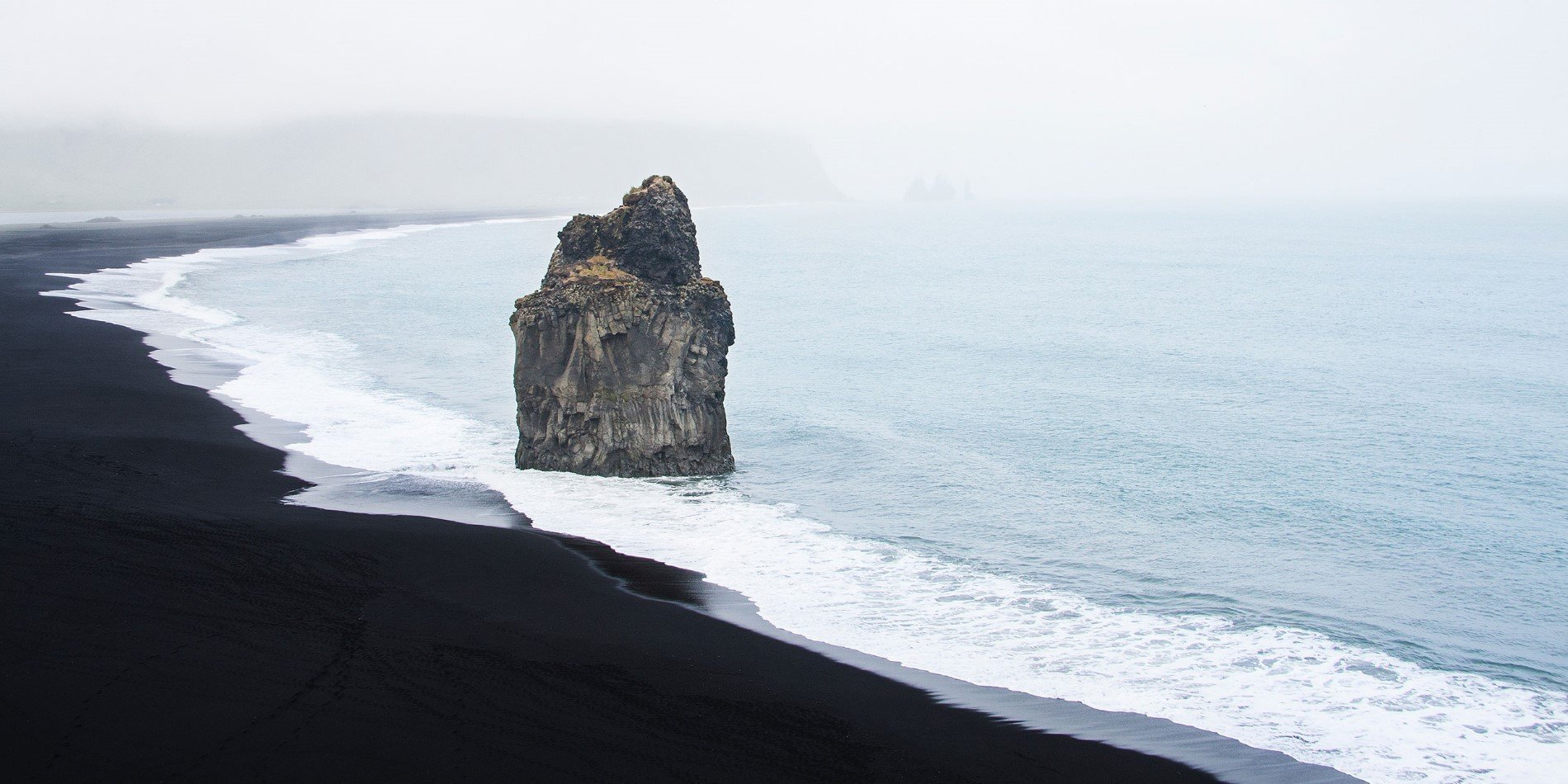 What’s a Sea Stack and How Are They Formed?

Considered by many as one of the most amazing natural wonders in the world, sea stacks have long attracted ramblers, climbers, geologists, and photographers with their mysterious locations, seemly solitary nature, and the millions of years they take to form. Luckily, it doesn’t take long to learn where you can see them and how a sea stack is formed.

A sea stack is exactly as the name suggests: a large stack of rock in the sea that looks like a tall stone tower, separated from the main shoreline. They can occur wherever there is a water body and a cliff. Famous examples exist everywhere from Australia to Ireland, Iceland, and Russia. Some of them are long and flat, while others are tall, thin, and pointy.

All you need is a cliff face, some water, and lots of time. Thousands or even millions of years, in fact.

Coastal erosion or the slow wearing of rock by water and wind over very long periods of time causes a stack to form. All sea stacks start out as part of nearby rock formations. Millennia of wind and waves hit the rock and break it down. The force of the two creates cracks in the stone, and, little by little, cracks become chips, which fall off the main rock.

When enough chips fall off, holes are created that extend from one rock outcrop side to the other. Eventually, the wind and water break through to the other side, creating a cave or arch. Over many more generations, this arch also falls away, separating one part of the rock from the original cliff. This is your sea stack.

Over time, this too gets broken down, causing the stack to collapse, leaving what's known as a sea stump. Any stack could become a stump as the water breaks down its base, so stacks should be treated with caution by climbers.

Where can I see the best sea stacks?

Sea stacks can be found on all seven continents, and each highlights a subtle difference in how they are made. For example, sea stacks in Lagos, Portugal, were created from sedimentary rock, with various natural materials combining to give them a beautiful striped effect. However, this rock is unstable and brittle, meaning that even gentle waves can start the erosion process.

Also in Europe, there's the terrifying-looking North Gaulton Castle sea stack on the main island of Scotland’s Orkney Islands. It has long attracted ambitious climbers, as it's much wider at the top than at its base.

Other stunning examples can be seen in South America (in the Galápagos), North America (Newfoundland, Canada), Asia (Phang Nga Bay, Thailand), and in and around the Arctic, such as Vik (Iceland) and the Faroe Islands.

These are just a few of the breath-taking sea stacks that can be found around the world. After all, anywhere with cliffs and a sea can create one over time, and eagle-eyed tourists can spot them on all seven continents. Happy stack hunting.