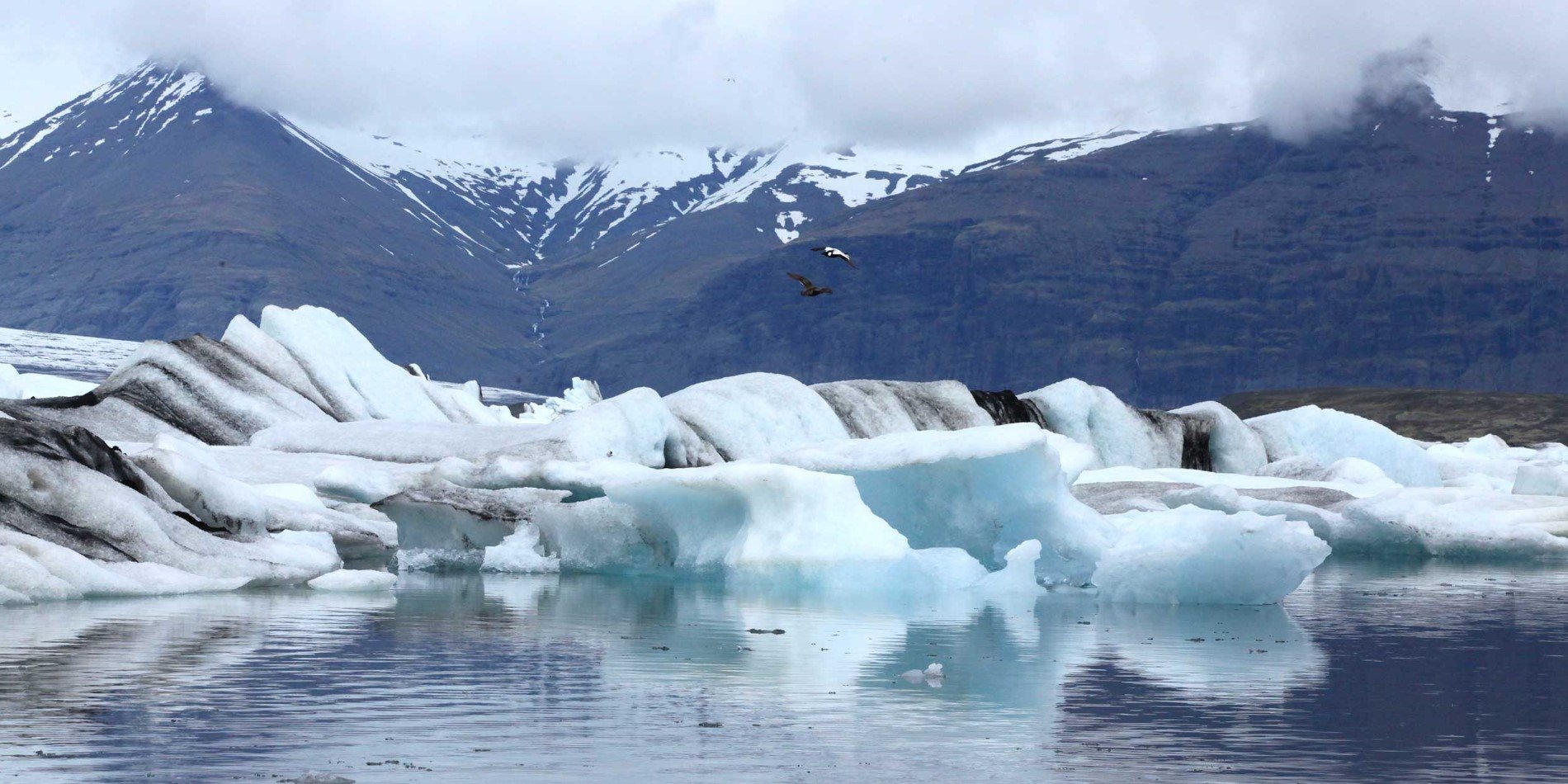 The Icy Splendor of Jokulsarlon Lagoon

Regularly fluctuating in size due to ice melt, the lake recently became the deepest in Iceland, measuring an astonishing 815 feet at its deepest point . Considered one of Iceland's natural wonders, the lake has grown a staggering four times bigger since the 1970s, as the ice from the surrounding glacier continues to melt.

How was Jokulsarlon Lagoon formed?

Just seventy years ago, this part of Iceland had a well-defined shoreline. Visitors coming to enjoy the area's natural beauty would have seen nothing more than an immense glacier next to the Atlantic Ocean. Indeed, the area’s temperatures actually progressively dropped from 1600 to 1900, causing the glacier to grow. When the temperatures started to rise in the early twentieth century, however, warmer air caused the glacier to melt, creating this lagoon.

These days, huge icebergs regularly break away from the glacier and drift into the lagoon before eventually floating out to sea. The icebergs that break away from the mainland can be up to 330 feet high, although they naturally shrink as they pass through the river mouth. The icebergs floating on still waters are either icy blue or milky white, depending on how much air is trapped inside. Jokulsarlon Lagoon is Iceland's lowest point, sitting at 650 feet below sea level, and it sprawls across 9.6 square miles.

Seals can often be spotted perched atop icebergs as they drift away from the glacier toward the river mouth. Summer sees migratory birds flock in the area, and during the long, bright days you can often spot Arctic terns swooping down over the lagoon. Given the glacier's perennial beauty, it's no surprise that it's been used as a location for numerous Hollywood movies. "Batman Begins," "Lara Croft," and the James Bond films "A View to a Kill" and "Die Another Day" all featured breathtaking views of Jokulsarlon Lagoon.

An impressive feature of the lagoon is the magnificent array of caves hidden under the ice surface. When water from the lagoon flows into the glacier, tunnels are carved out, and, over time, utterly captivating iridescent caves are formed. Exploration of the caves is only possible during the cold winter months, as in summer the surrounding ice can melt, and the caves are at risk of spontaneous collapse.

Iceland is known as an area of great volcanic activity, and the beach where Jokulsarlon Lagoon meets the sea is adorned with volcanic sand. Known as Diamond Beach, the black beach is peppered with small icebergs that glisten in the sun like precious stones.

Scientists believe that Vatnajökull glacier will continue to retreat and a large fjord will be formed in its place, but for now, visitors to the area are still able to take in fresh air, outstanding views, and an ever-evolving landscape.