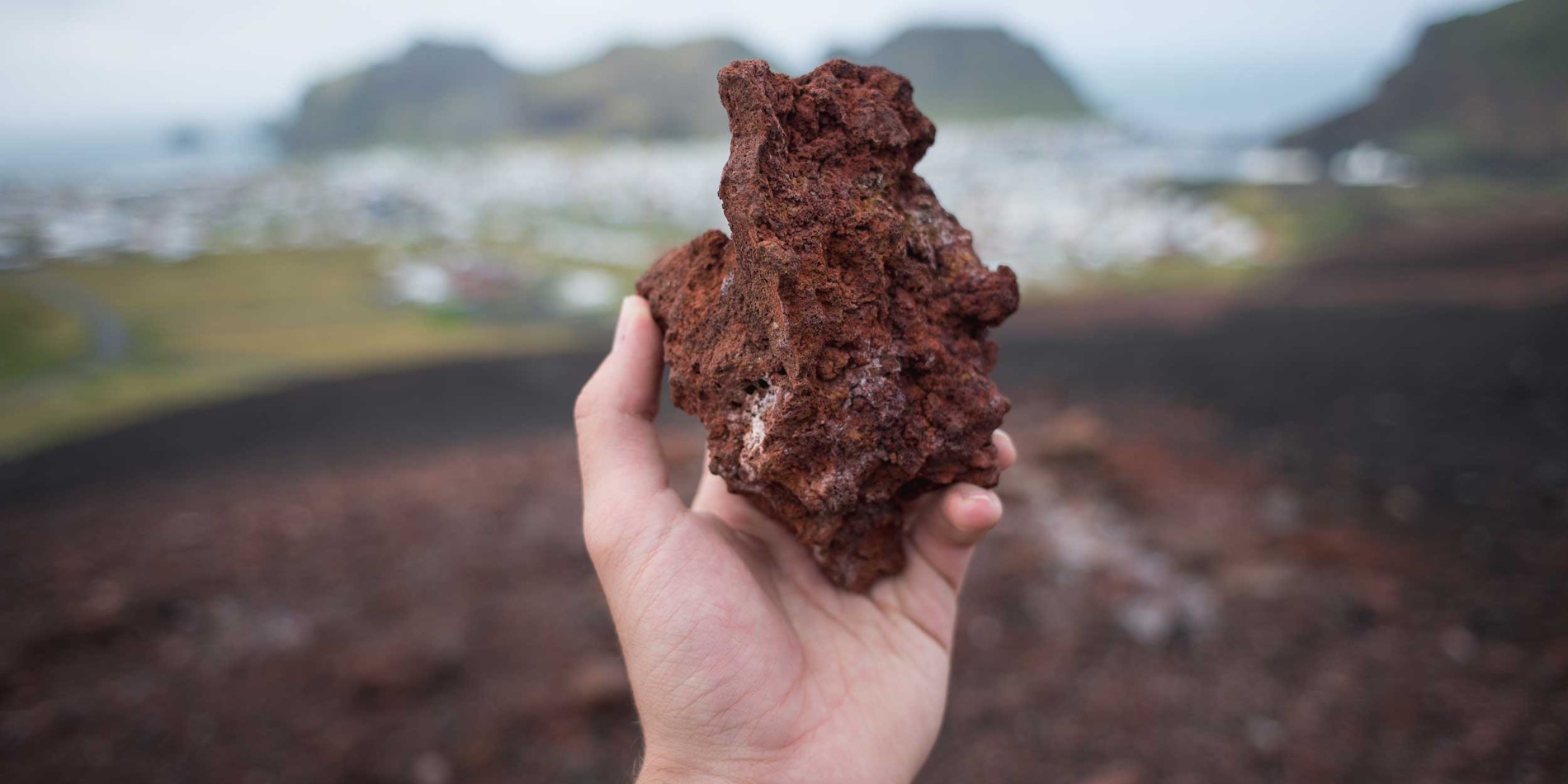 Five Things to Do in Heimaey

Heimaey is the biggest island off the coast of Iceland and part of the Westman Island Archipelago, located around eight miles from the mainland’s southwestern coast.

It caught international attention in 1973 when a volcanic eruption destroyed nearly half of the island's town, and reshaped the island into the form it has today. The island’s 4,000 residents saved their livelihoods by fighting the lava flow with seawater and diverting it away from the harbor. The eruption also increased the island’s size by 15 percent. Unsurprisingly, many of the most interesting things to do in Heimaey are related to this eruption, but there’s far more to the island than the events of January 23, 1973.

The volcano that erupted in 1973 has become a tourist attraction in Heimaey. From its summit, you can see the whole island, including the additional square miles that were created by the eruption. The summit isn’t difficult to access, with a footpath leading to the 725-foot-high peak.

Check out the Eldheimar Museum

The Eldheimar Museum is mostly dedicated to the 1973 eruption, giving visitors a chance to find out exactly what happened. The prime exhibit is an excavated house, which was consumed by lava flow. In addition to the Eldfell eruption, there’s also information on a four-year-long eruption that began in 1963 and created the island of Surtsey. Now a natural property on the UNESCO World Heritage list, Surtsey is located close to Heimaey. Unfortunately, you can’t visit the island — only scientists are permitted entry to observe the progress of the ecosystems there.

The extra land created by the volcano’s explosion — referred to as Eldfellshraun — has a series of popular hiking trails. Now covered in vegetation, it blooms blue and purple in the summer. One of the key things to look for during hikes is Skansinn Fort. It was built in the 1400s, but many walls required rebuilding after the 1973 eruption.

The Westman Islands are home to half of the estimated 8–10 million puffins that live and breed in Iceland, so they are easy to find. In August, the birds, including newborn chicks, leave the islands; many mistakenly fly into the town and risk being spotted by the local cats. Because of this, the children of Heimaey have made it their mission to rescue the puffins, with the town releasing hundreds of the birds at the end of every summer. So, not only can you see the birds, you can help save them, too.

Have a meal with a view

There are lots of great restaurants in Heimaey. For a meal with a view, head to the harbor. There are lots of places to choose from, and, being within a few minutes of the ferry port, it’s a convenient spot for an Icelandic meal whether you are arriving or leaving. Be sure to try some seafood dishes, or the traditional Icelandic stew known as plokkfiskur.

It will never be far from your mind that modern Heimaey has largely been defined by a volcanic eruption. What the volcano created is remarkable, but how the people dealt with it is what makes this island truly special.