Immerse yourself in the seventh continent and the natural beauty of Chilean fjords in this expedition cruise in late Antarctic summer.

Get ready for eight days of beautiful sunsets that tint the icescapes in wonderful colors. This is also the best season for whale watching, when larger numbers and different species come to feed on krill. You’ll also see adolescent penguin chicks molting into their adult plumage. The Expedition Team will guide you on landings, ice-cruising, and on optional excursions, bringing you closer to Antarctica’s scenery and wildlife. This is true wilderness, meaning that local ice and weather conditions are constantly changing. That’s why we regularly adjust our itinerary to bring you the best experience for those specific conditions.

After crossing the Drake Passage, we’ll arrive at Cape Horn. We’ll try to go ashore, conditions permitting. The beautiful waterways and canals of the Chilean fjords come next. Then, we stop at Puerto Natales, the gateway to Torres del Paine National Park. From there, we continue north to the secluded village of Puerto Edén. After sailing the fabled waters of Patagonia, the last stop on your cruise will be the colonial city of Castro before ending your cruise in Valparaíso. 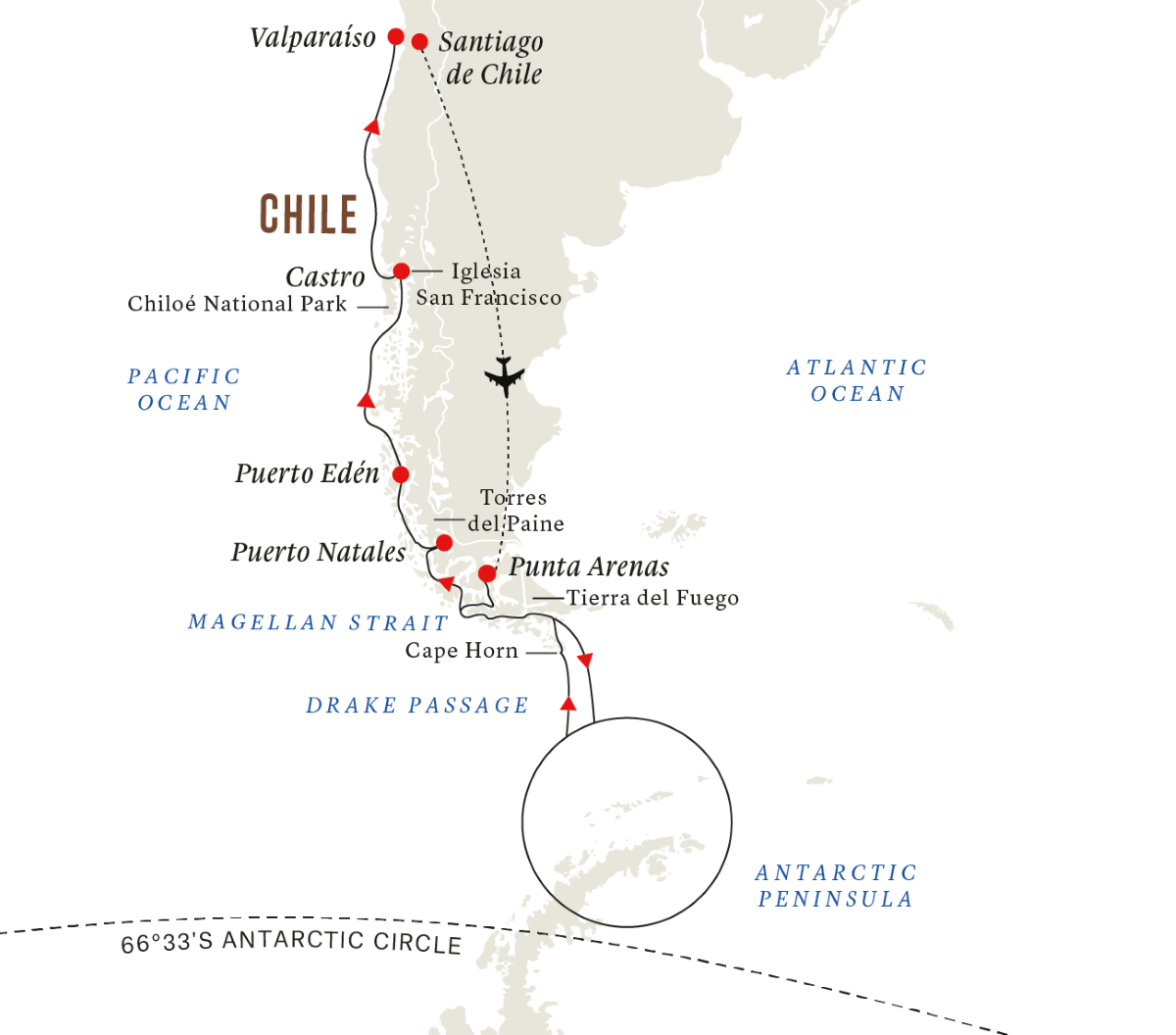 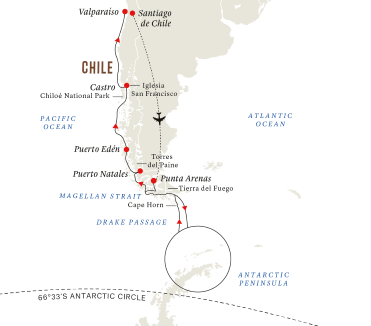