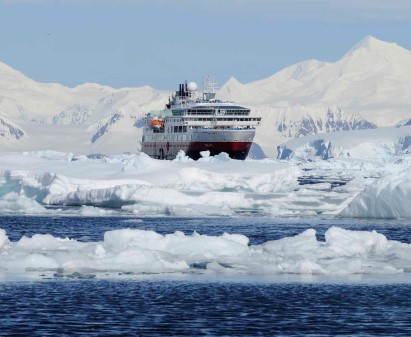 On this expedition cruise, you’ll have time to truly immerse yourself in the ever-impressive Antarctica, the Falklands, and South Georgia.

A world of ice and wonder

You’ll spend five days exploring the unique world of Antarctica. Throughout the austral summer season, its icescapes and wildlife undergo constant change. There is more snow during the late austral spring months (in October and November), when penguins begin courting and nesting. Whales are rarely seen until December and January. That’s also when the first penguin chicks hatch. February and March are peak whale-watching months, and when adorable penguin chicks start waddling around. All season long, you can join the Expedition Team for lectures, landings, ice-cruises, and optional activities.

The Falklands and South Georgia

From the windswept green hills to white-sand beaches—and let’s not forget the charming capital of Stanley, beauty and charm abound in the Falkland Islands. Wildlife here may be plentiful, but it doesn’t hold a candle to what you’ll see on South Georgia, where the beaches are filled with seals, penguins and other seabirds. Our itinerary is not set in stone when we head for Antarctica. This gives us the freedom to provide you to the best experience according to the elements, when considering local wind and sea ice conditions. With more than 20 possible landing places, there are always plenty to choose from. 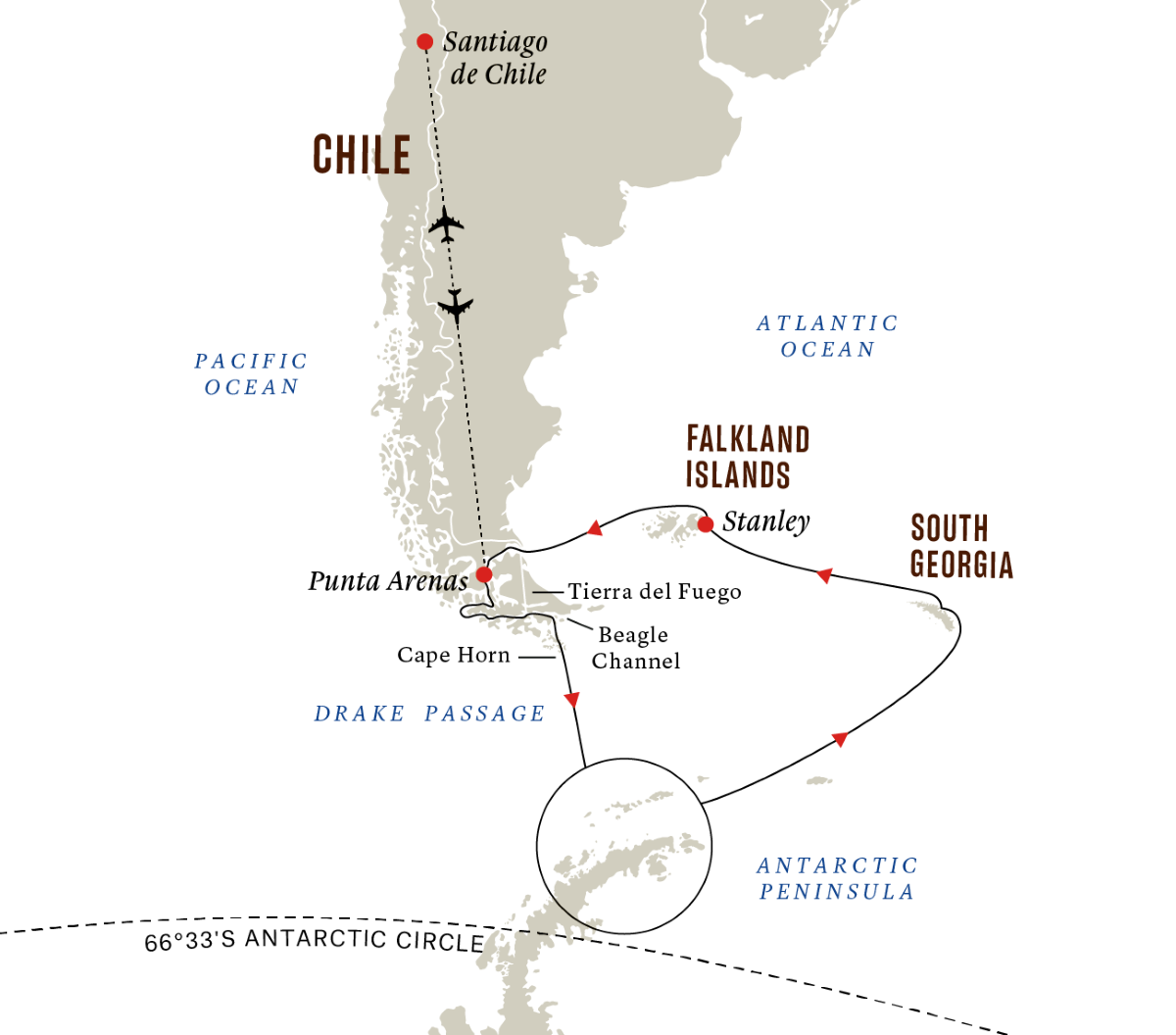